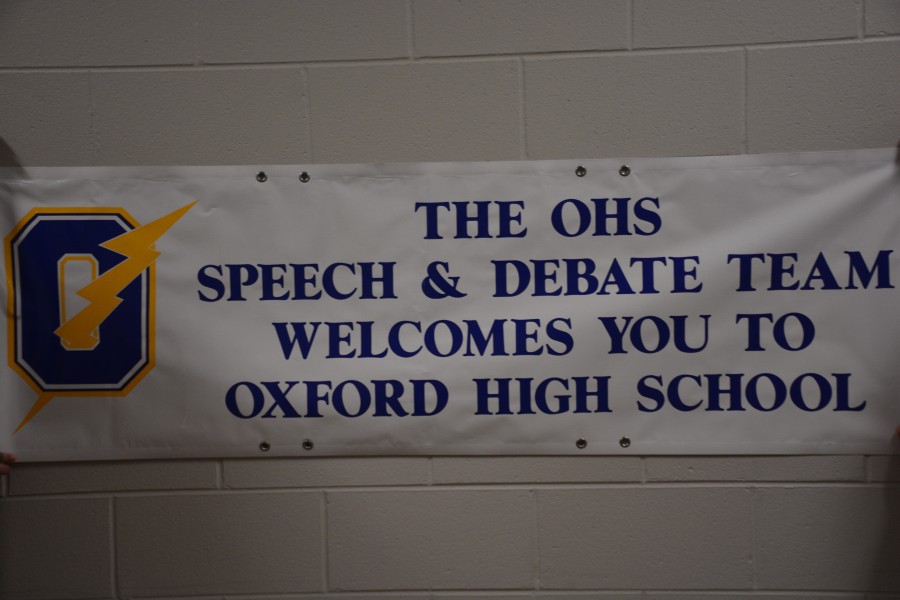 For months, OHS debate coach Barbara Lowe has been tirelessly preparing for the first Charger Challenge Speech and Debate Tournament.

“I started working on it over the summer and have just been adding to my list ever since,” Lowe said. “I can’t seem to stop.  Every time I do one thing, I think of three more things that I need to do.”

At 4 p.m. on Friday, 300 students from 15 different schools across Mississippi, including one school in Alabama, along with their coaches and judges, will begin arriving at OHS.

Although this is not the first tournament to be held at OHS, it is the first to be run by Lowe and the OHS speech and debate team.  Last January, a national qualifying tournament was held at the school by the Jackson Catholic Forensic League, but it was run by the league’s moderators.

“We’d never hosted anything and they said, ‘Well, you should have a practice round and at least get a sense of what it’s like to have people in the school,’ so we did that and it went fine,” Lowe said.

After that, Lowe decided that she wanted to hold her own tournament.

“ We have traveled all over the state and the nation to other people’s schools and now that we have such an amazing school, it’s our time to pay it back,” Lowe sad.

Lowe has been persistently working to prepare for the upcoming tournament, planning all aspects, from finding judges to making sure that the air conditioning will be running during the tournament.

“Dr. Lowe has had to deal with, not only having three different debate classes for the first time ever, but also she has had to prepare a tournament, get students used to actually debating in the first place, and prep for all of the other classes that she has to teach,” senior Victoria Colbert, the captain of the OHS speech and debate team, said.

Luckily, Lowe has students like Colbert and parents by her side.

“I have amazing parents taking care of food for the judges and the kids,” Lowe said. “My students have been great; whatever I’ve asked them to do, they’ve done.”

Many debate students will be staying at school on Friday night and coming back on Saturday morning to help with the tournament.  They will be assigned all sorts of tasks, from signing in coaches and judges to directing students to the right rooms.

“Dr. Lowe has been going all-out planning for debate,” junior Eric Maddigan said. “She’s been asking for volunteers to help out with concessions and tell students where to go for debate, and she’s been working very hard to make sure this thing goes smoothly.”

Oxford students will not be participating in the tournament, however.

“It’s an unsaid rule that you don’t compete in something that you’re in charge of,” Colbert said. “The extra judges that are not brought by the other teams are going to have some connection to the Oxford students, and they want to be completely fair.”

OHS Principal Bradley Roberson has also given Lowe a large amount of support in preparation for the tournament.

“He said, ‘You let me know what you need, I’ll make it happen.’” Lowe said. “I cannot say enough for how supportive he has been.”

Even with so many helping hands, Lowe is nervous about the tournament.

All she can do for now is hope that, with all of the work that she has put in to fine-tune this tournament, it will all run smoothly.

“It’s just a lot of logistics – it’s remembering all of the little things that have to happen in order to make it run,” Lowe said.