The Role of the ACT 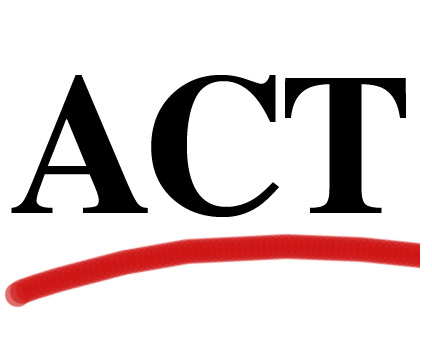 The ACT is a test produced by ACT, inc to prepare students for college during their high school years through a standardized test, and the ACT is taken by students all throughout the United States. (approximately 1.3 million)

The test has been dated back as far as 1959 and covers four sections: English, Reading, Mathematics, and Science. The fourth and final section is an optional writing test.

Junior, Ansley Byars recently took the ACT and reflects on her thoughts about the ACT.

“I thought the ACT was pretty easy besides the math section due to the trigonometry. I took it at Lafayette the Saturday after the Crosstown Classic game, so I got to brag and wear my t-shirt.“

With more and more students taking the ACT every year the ACT has already influenced countless students and parents that only good ACT scores will give students the college scholarships and preparations that students need.

Senior Andrew Brown who also took the ACT last Saturday tells about his thoughts on the fairness and opportunities that the ACT has to offer.

“ACT scores are directly correlated to income, which turns out to be a vicious cycle as those with low scores generally end up in lower paying jobs, while the wealthier who get higher scores get higher paying jobs. And the ACT offers very little or no opportunities. To improve this they should sponsor free workshops and help under privileged kids to help kids study.“

Pre-AP English teacher Mrs. Husbands also tells her thoughts on how relevant the ACT is and if it a suitable test for college readiness.

“I think that if your goal is to a star student or make a really high score taking it multiple times gives you better opportunity. I believe it is a decent measurement for college readiness for a standardized test. As far as standardized tests go I think it is the best of them.”

With Oxford High School offering the ACT 5 more times this year. Students should study hard and be prepared for ACT for future college readiness and post high school activities.