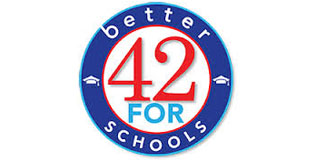 Education is one of the proportionally highest funded department’s in the state. However over the past few years, the state legislature has failed to appropriately fund many public schools.

On Nov. 3 Mississippi voters will have the chance to amend the state’s constitution. Article 8, section 201 of the state constitution covers public education and the state Legislature’s responsibility to fund it.

Initiative 42 is a proposed amendment of the Mississippi state constitution to require legislature to fully fund an adequate and efficient system k-12 education. Public Schools are funded by a program called Mississippi Adequate Education Program (MAEP) passed in 1997 to ensure adequate education to all children in Mississippi. MAEP funds schools based on student cost and the school district’s average daily attendance.

Language in the 1890 Constitution of the State of Mississippi has been changed twice before to update the legislative duty to public education. Once before in 1960 and once in 1987. Currently the constitution uses vague words such as “may” and “upon such conditions and limitations as the Legislature may prescribe.”

The proposed constitutional language of Initiative 42 would add “an adequate and efficient system of free public schools” to show to what extent the Legislature must fund education. The way Initiative supporters are defining “Adequate and efficient” system of public education is one that will allow the students the opportunity to further their education past high school and the resources to compete for jobs.

Another addition would be “The chancery of courts of this State shall have the power to enforce this section with appropriate injunctive relief,” this is added to hold the legislature legally accountable for following through with the funding.

“I think these proposed changes fundamentally change the way our state government works by taking away the appropriation power as well as the power to make education policy granted by the Mississippi Constitution to the locally-elected Legislature and gives it to a judge.” said Geoffrey Yoste Leader  of republican party in Oxford.

To hold the legislature accountable in case of failure to follow the plan to fully fund education, the legislature could be challenged in court, and that would be held in Hinds County. That has presented a concern for Initiative supporters as one judge in Hinds County may hold the power to decide the fate of a school’s funding.

“That is not an issue at all because if you are following the law, you don’t have to worry about going to court and you won’t end up in front of a judge.” said Adrian Shipman.

Opposition to Initiative 42 have raised concern about increased taxes due to increased funding. However, Initiative 42 does not mandate an increase in taxes nor does it mandate a cut to other state agencies. Mississippi’s economy and revenue normally grows around 2 to 3 percent each year, so with this growth of money, Initiative 42 would take 25 percent of the increases over several years until public education is fully funded.

This will mark the first time an alternative has ever been proposed by the legislature to be on the ballot along with the original Initiative.

Initiative 42 supporter, Adrian Shipman filed a lawsuit against the Mississippi legislature in April when the proposed wording of the Alternative 42 A came out by the Legislature. Shipman took the case to Circuit court where she won, and then to the Supreme Court where she lost. Shipman saw the language as “very misleading”,  which is why she decided to challenge the wording of the alternative in court asking for the wording to be altered to more clearly define the differences of the Initiative 42 and 42a.

“The real issue at hand is that Mississippi is 50th (in education), and our kids deserve better, our teachers deserve better,” Shipman said. “For the long term betterment of this state, Initiative 42 is the only way that we can ensure that education will be fully funded.”