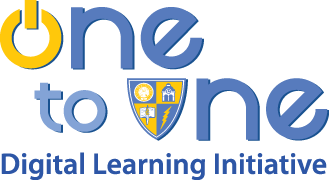 A new year means new complications for the One to One digital learning initiative. Students and faculty alike are experiencing recurring difficulties with the new wave of technology that landed at Oxford High School in the 2014-2015 school year.

Often times when change occurs, or systems are replaced, there can be some growing pains. Some at OHS feel like the some decisions made by the administration have not helped the situation.

Over the summer, OSD installed a new type of web filter to deter students from visiting sites that are not necessary for education. In doing so, many students feel like the administration has regulated the network too much.

One female junior, who wished to remain anonymous, believes that some software filter changes have caused some issues with the internet and access to sites that students need.

“The school is too intrusive and it causes a lot of the problems,” the junior said.

The Oxford School District was prepared for hiccups in the new system of education, so they called on Cody Vaughn to assist students with technology requests. Vaughn sees a wide array of problems like fans overheating, screen cracks, liquid damage, and network connectivity errors.

Vaughn thinks there are few more problems this year than there were this time last year due to the machines no longer being brand new.

“There are probably a few more this year, most likely because the computers are a year old now and there might be some fatigue with the machines,” Vaughn said.

The sluggishness of the MacBook Airs does not come as a surprise to every student at OHS, with some students just considering it a byproduct of the One to One program.

“I think there are just as many problems this year as last year and I’m not surprised by it,” junior Daniel Kelly said.

With a new system of education that relies on technology that is constantly changing and developing, growing pains are somewhat unavoidable, but the frustration is being felt on a daily basis at Oxford High.