‘The Butler Did It’ Photo Gallery 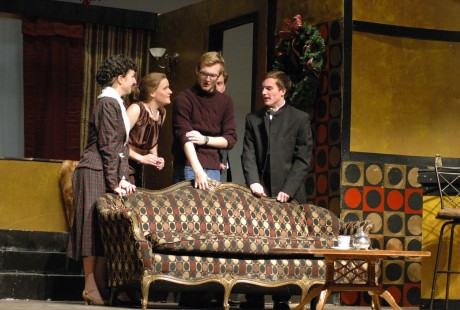 The second show of the 2014-2015 Oxford High School theatre season opens Thursday. The comedy starring Charlotte Bullard, Clark Bartholomew, Harry Tyner, Luke Toler, Evelyn Smith and Colby Hale is a show within a show. Audiences will be thrilled as the director, played by Bartholomew, tries to control is cast. The show will run through Saturday at the Kayla Mize Auditorium. Student tickets are $5 and adult are $10.

The rest of the OHS Theatre season is listed as follows but is subject to change: