Poles light the way at OHS 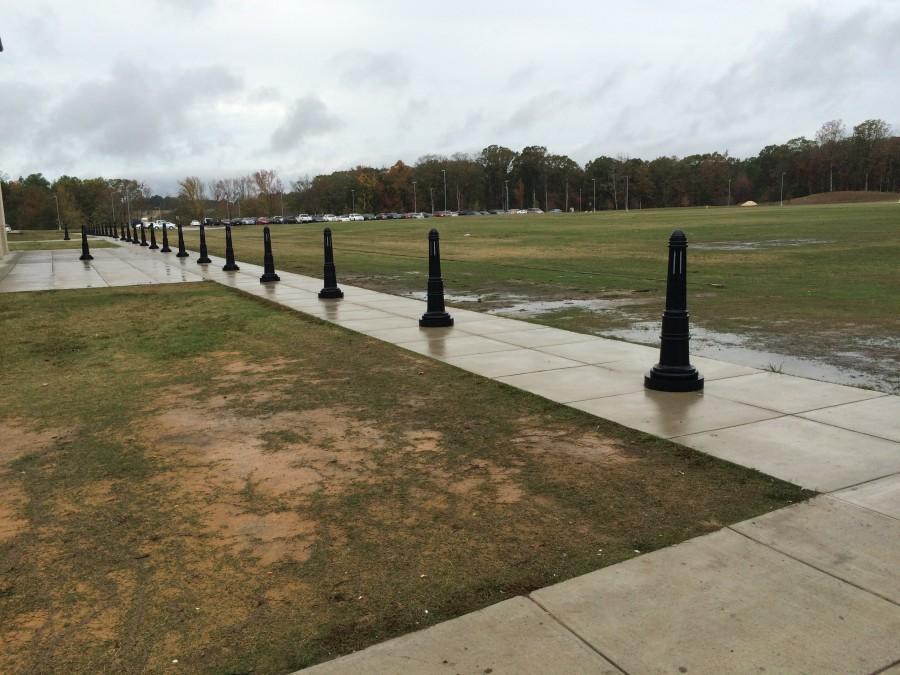 Every step that one takes on the way to OHS from the school parking lot is interrupted by a 5-foot black pole sticking out of the ground. The poles are all evenly interspersed along the walking path, each separated by exactly 13 heel-to-toe footfalls in a size 11 men’s Converse shoe, or 6 paces (number of paces may vary according to height).

These posts have been at the school ever since the genesis of OHS. They light up at night, illuminating the entire walkway. Some even say that they play an integral role in keeping rats away.

Some students think that the cylindrical antennae may be somewhat pointless.

“I feel like they’re kind of in the way when you’re trying to walk up,” said sophomore Peyton Schiller. “We are at school during the day, and we are rarely here at night.”

Other students do not really have a problem with the 60-inch-tall noir pillars.

“Even though they don’t light up (during the day), they probably just put them there for decorations,” said freshman Peyton Moore.

The light poles are indeed mainly intended for looks.

“A lot of it is just aesthetics at night,” said Duncan Gray, an assistant principal.

However, there is also another use for the poles. And it is not keeping rats away.

“The ones on this side (west) actually abut our emergency access lane,” Gray said. “If something was going on here at night, it is easily identifiable as to where the emergency vehicles, firetrucks, ambulances, or something like that, can pull in.”