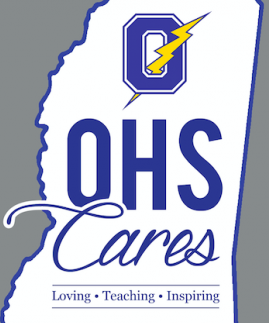 OHS students will find themselves adjusting to a favorable new flex-schedule for the second semester, creating a break-up of the traditional eight class rotation.

At Wednesday’s faculty meeting, all the teachers met to vote on the new schedule, which passed in an overwhelming majority of 61 to 13. Principal Bradley Roberson and his fellow administrators first proposed the idea to help students in danger of failing or dropping out get appropriate time to meet one-on-one with teachers.

“This idea came up during an administrator’s conference in Louisiana,” Roberson said. “We felt that it would fit in great here at Oxford High School, and we wanted to try it out – but we left it up to the teachers to decide.”

The flex schedule will feature 27 minutes of a “flex period”, Monday-Friday (with the exception of One-Thing Wednesday) which, in turn, would shorten regular classes to 45 minutes. Each day will highlight a specific core class, but it is not required to go to that specific class.

Non-highlighted classes can be visited only through a teacher’s pass. If one is not looking to visit a class for extra help, he or she has the possibility of staying in their respective classes to work on homework or simply pass the time.

However, flex periods will not fall in the same place each day. Every day, a new period, which features a new core class, will fall after each building’s Professional Learning Community Period.

“The PLC time is the time where all of one building’s teachers get together in their off period. They will get together and decide what kids need to come to the flex time. It needs to fall here because all of the classes that are being featured are empty.”

The new schedule was originally presented to combat the growing number of failing and drop-out students at OHS. This first quarter alone, 420 students had failing grades, and in the past 13 years, 225 OHS students have dropped out of high school.

“Failure has to be so miserable for students that they will hate failing more than they want to pass,” Roberson said.

However, the flex schedule does not only helps failing students, it helps everybody. Any person that requires make-up work or even extra help can get the time of day they require to do so.

“It’s not just for the kids that are in danger of failing or dropping out,” Roberson said. “It’s for everybody. Anybody who needs an extra learning boost from these teachers can get that here. For example, a ‘B’ student could bump that up to an ‘A’ with this setup.”

Roberson admitted that while the new schedule does solve many problems, it also presents some new ones. Schedules would fluctuate daily, making it difficult to learn a solid schedule, and students – as has been done in the past – could take the free time to cause mischief.

“Nobody should be leaving campus at any time, any day of the year,” Roberson said. “We’re going to eliminate that, but as long as students are doing the right thing, I will have trust and faith in them. I will not tolerate people taking advantage of my trust.”

The systematic fix is a temporarily change, which was stressed by Roberson multiple times, and he fully expects a complete new schedule next year. That new schedule could result in eighth period being a fully-operational flex period.

The flex schedule will be put into place at the beginning of the second semester, and will go from there – wherever that may be.