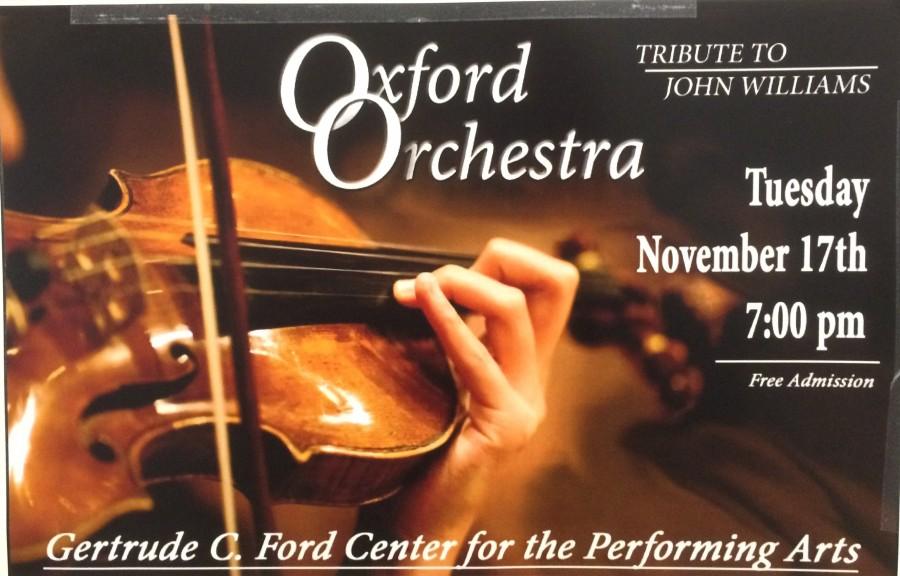 The Oxford High School orchestra put on a spectacular show consisting of many pieces from modern-day cinema.

The Nov. 14 concert was also one of the longest in its known history, with more than an hour of music.

Many new changes have happened with the OHS orchestra throughout the beginning of the new semester. The most influential of those: orchestra members must have an after-school practice at least once a week.

“Everyone practices after school on Monday and violins have two practices per week,” said Ra’Anthony Perry, a viola player. “It helps us practice and learn harder and longer pieces that we couldn’t play last year.”

The orchestra also had a different idea of hosting concerts. Unlike previous years where there were two concerts per semester this year, the orchestra opted to have one large extravagant performance, which included more music and other instruments such as the french horn.

“It takes a lot of time and preparation to put on a concert of any length,” said orchestra director and conductor Tyler Kuntz. “You can take months just to prepare three songs.

“Therefore, any time you can practice, more is better, and with time being a problem for many of our musicians, having one concert with a lot of music during one semester seemed like the best choice from both my standpoint and the orchestra’s standpoint.”

The new addition of the french horn was also a unique point for the orchestra during its concert, and allowed for some unique tones and different qualities in the music.

This also allowed for more connections between orchestra and band members, alike, as both participated in practices with one another.

“Being a brass player predominantly, I enjoy playing the french horn a little more than the viola, but both were interesting,” said freshman Charlie Torrent, who was awarded with the unique opportunity to play both instruments during the concert. “Some of my favorite pieces on the french horn were the ‘Imperial March’ with its loud and stronger tone.

“It also allowed us to make more friends and get to know each other more because we have to play together and have to work with one another.”