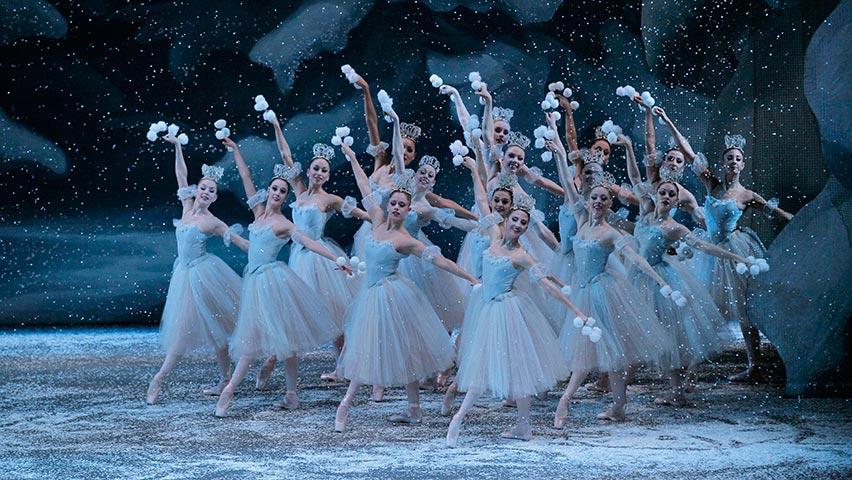 The Christmas season has returned to Oxford and has brought back along with it many of the old icons that we love and enjoy.

Among them are Frosty, Rudolph, and a very old figure that dates back longer than many of us have been alive, one that predates many of the now popular characters made famous from songs and TV specials.  This wooden soldier got his start in a timeless ballet known as The Nutcracker.

The Nutcracker, originally put on stage in 1892, is now recognized worldwide as one of the biggest and most timeless Christmas traditions.  The ballet is put on in thousands of cities nationwide, sometimes even with multiple groups staging it in the same city.

Several students in Oxford High School have made some connections with the classic, with one performing in it this year with the Oxford School of Ballet.

Sophomore Julia Claire Jankowski participated in the performance with the ballet school this year, playing the role of the Maid, Snow and Marzipan.  This has been her fourth year taking part in it.

In the performance, she felt the roles that she and others played were “a bunch of smaller characters coming together to create something big.”

“Snow is always one of my favorites,” Jankowski said, “but Marzipan was nice and something different this year.”

The roles were cast by age, as many of the characters have distinct ages and are more suited to be played by older or younger dancers.

Jankowski recounted the preparations the school took for the performance.  Along with the regular practices, the ones who were participating in the ballet stayed and did extra rehearsals, learning their individual parts and how they related to the entire ballet.

As the time for the official performance drew near, they would move into having long, three-hour rehearsals at the Powerhouse.  Jankowski, however, felt it was all worth it.

“It’s good to show what you have been working on for such a long time and let them see what you can do,” Jankowski said.

Two other students in the school have danced in years past, but did not this holiday season.

OHS junior Katherine Poole has done the ballet for four years – three times in Colorado and once in Oxford.  A member of the dance team, she felt that ballet was a lot more technical than what she did with the Chargerettes, and that the OHS dance team was more stiff and about performing, while ballet was about expressing yourself.

Having been a party girl, a soldier and Clara, she very much enjoyed the times that she performed.

“I like performing on a stage in front of a crowd; it feels more fulfilling,” Poole said.

While OHS senior Anna Samonds did not dance in The Nutcracker this year, she was able to help out backstage, working mainly with costumes.  During the performance, she worked with quick changes and making sure everyone’s costumes were on and ready.

“I’ve performed several times already, so I know how it goes and can make it happen,” Samonds said.

Even with different situations, all of the girls shared one sentiment: The Nutcracker and dance in general have greatly impacted their lives.

“Dancing has made me who I am today,” both Poole and Jankowski said.