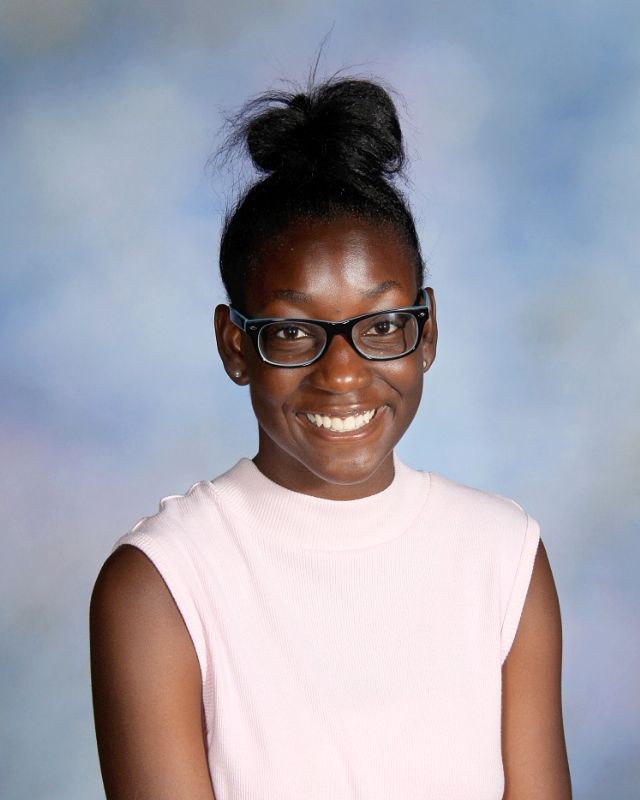 “We were playing Lafayette, and one of their players ran into me with great force, enough force to push me out of bounds,” Salau said. “I jumped in the air and when I came back down I landed incorrectly; I felt my knee pop out of place.

“Next thing I know, I was on the ground screaming because of the shock.”

“After the initial shock, I was just really worried. I have never seen Faridah hurt before, so it was very scary,” Gershon said.

Salau knew the injury was bad enough to keep her from playing the rest of the season.

“I ended up crying because I knew that this would most likely be the last game I’d be able to play in,” she said.

Upon going to the doctor, she realized she had been right.

“The recovery time is four to six months, so I won’t be able to continue with the high school team. On the competitive level, I think I’ve played my last game,” she said.

Salau has never suffered a soccer-related injury as severe as the one she suffered earlier this month.

“I’ve had bruises and scratches, but I’ve never had to sit out because of an injury,” Salau said.

However, she does not plan to completely give up on soccer, even if she is just playing recreationally.

“When I’m cleared to, I might play some pick up or recreational soccer. It has been such a big part of my life and I can’t see myself never playing it again, even if I’m only able to play for fun,” Salau said.