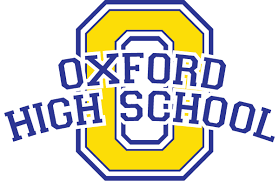 The Oxford High School Mock Trial Team has been practicing for their upcoming season and is hopeful that they will place well at regionals and advance to state.

The team is performing a civil case this year. The case is about a student, Nick Brody, who is suing Pine Belts and Free State Tech Services for violating his privacy. These companies worked with his high school’s one to one program and were monitoring his computer using different types of softwares.

Junior Quen Bolden is portraying a lawyer on the case and feels that the one to one policy at Oxford High School greatly affects the way he looks at the case.

“It affects it a lot because I think about how our (school) system is run and how it is run in the case, so I just try to apply the things we do (at school) to see if I can find some way to make the case simpler and more understanding,” Bolden said

Sam Hartnett is one of the few freshman on the team this year and is optimistic about the upcoming season. He plays the Principal of the school Nick Brody attends.

“(The team) has practiced a lot. We have meeting on the weekends, and I am very confident going into our competition,” Hartnett said. “We have a lot of new people that are into Mock Trial and with all these new people we might bring a new energy and will spark the judges minds. We definitely have the potential to compete well at state.”

“Oxford High School has a great group of students participating in the mock trial competition this year. I have really high expectations for them, and I have been pushing them to do their best,” Morris said. “Based on what I have seen so far, I think the entire school and community can count on them to represent Oxford well.”

The team’s first competition is January 31 at the courthouse on the square which is open to the public. If they do well at this competition, they will advance to state.