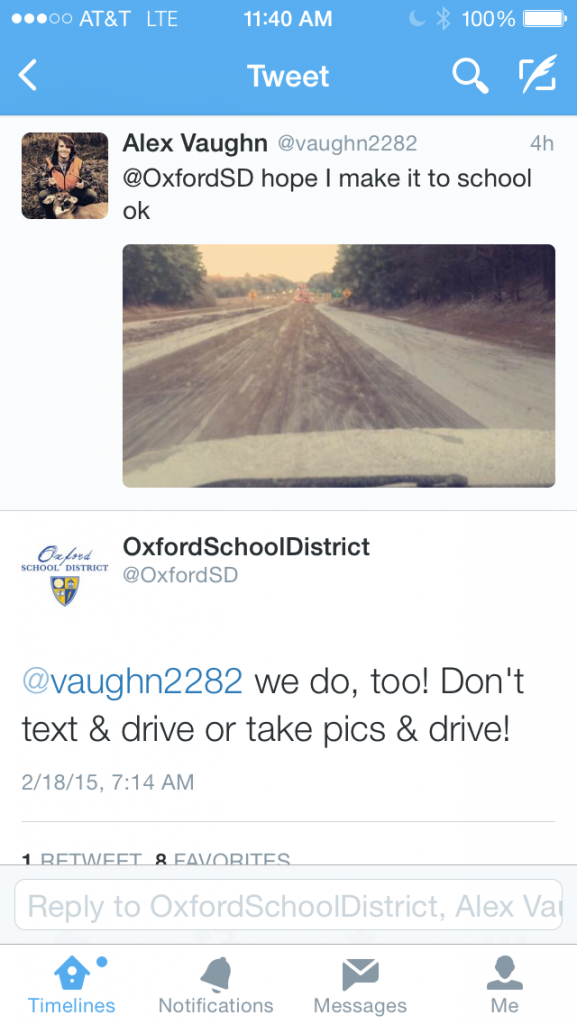 When students at Oxford High School woke up on Wednesday, they saw snow on the ground causing many to believe school would be cancelled. When school was not cancelled or delayed, many took to Twitter complaining about the snow and tagging the Oxford School District Twitter account in their tweets.

In one tweet, senior Alex Vaughn sent a picture of the road saying “@OxfordSD hope I make it to school ok.” The district responded with “We do, too! Don’t text and drive or take pics and drive!”

Graeber wanted to make sure the tweets were light-hearted as she was aware of the feelings the students had regarding the weather.

“This morning (Wednesday) when looking at what topics were trending, I noticed that the weather-related ones had a bit of gloom tied to them,” Graeber said. “Our Twitter responses were definitely light-hearted because we wanted those tweeting about it to know the up-to-date information about schools being open, even when there is a little bit of snow on the ground, while reassuring them that we know #thestruggleisreal.”

Graeber also explained that she as well as the district want to stay in touch with the community and that Twitter is a great way to do so.

“Twitter provides a way for us to listen, to be in on the conversation and so much more. It’s real-time communication, which is important when trying to communicate timely messages about delayed school starts or inclement weather-related messages.” 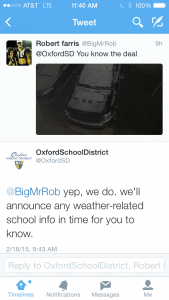 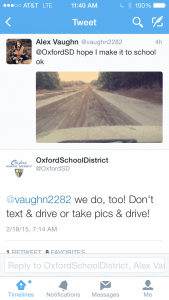 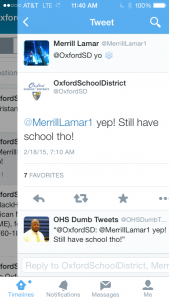