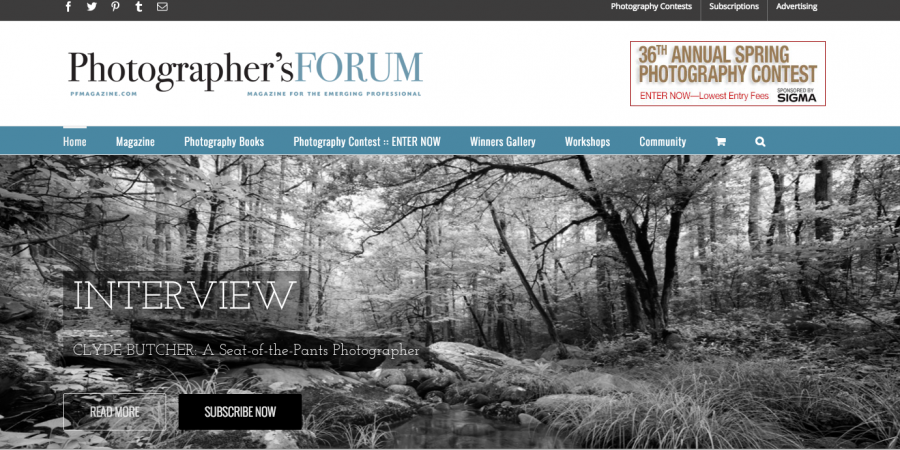 Patel recently earned her spot as a finalist in the fall Photographer’s Forum contest, held through pfmagazine.com.  Patel’s photograph was one of the pictures chosen out of more than 14,000 entries and will be published in an issue of the Photographer’s Forum magazine, an award-winning California-based publication “dedicated to quality reproduction of photography in the United States and Canada.”

Her photograph will also be displayed in a gallery in Brooks Institute, an art’s college in Ventura, California.  Patel will later learn if she placed first through fourth in the contest, in which there is a cash prize.

“I was so excited to learn that I was a finalist,” Patel said. “It really means a lot.”

Patel entered a photograph that she took over Christmas break while on a trip visiting her aunt.  The photograph is of a bird during a sunset on Ocean Beach in California.

“I almost did not enter that picture but remembered I had it and thought I might as well,” she said.  “We just decided to go to that beach on the last day of vacation and watch the sunset.  “I just happened to get that picture and have always loved it because it is different than all other pictures I have ever entered in competitions.  All my other pictures are usually more conceptual and were in black and white or had a hidden meaning to them.”

Patel thinks that the photography class, a new course at OHS, has really helped her improve her photography skills, and she appreciates the guidance art teacher Ebony Johnson offers.

“Mrs. Johnson is a great teacher,” Patel said.  “I have learned so much in that class and she really takes the time to help each student individually.”

Said Johnson, “Bhakti has the ‘eye’ for the shot and listens to criticism very well. She has learned to manipulate color very well, edit in Photoshop, and evoke emotion from her audience.

“If a photographer can do that, they can get attention and provoke thought; otherwise, they are just hitting a button. This is definitely not the case of Bhakti.

“Unfortunately, I will be sad that she is going to be a senior and have only known her for two years. She is absolutely amazing and her future has no limits.”

Patel has experienced other recent success in photography, as she was awarded a Gold Key, the highest honor, and an honorable mention in the scholastic competition at the Brooks Museum in Memphis.

Patel also plans on entering the spring Photographer’s Forum contest as well as other competitions.  She will not stop there, though, as she also wants to minor or double major in photography in college.

“I got started with photography in the ninth grade when I got a camera,” Patel said.  “It became a really fun hobby but is now so much more than that, as I have started taking senior pictures and have taken pictures for people’s weddings.  It has become a huge part of my life.”

Junior Ann Leigh Robbins has been a subject of Patel’s pictures in the past and appreciates her photography skills.

“Bhakti is a great photographer because she is so creative and loves what she does,” Robbins said.  “I love having photoshoots with her, and she is a great person to work with.”