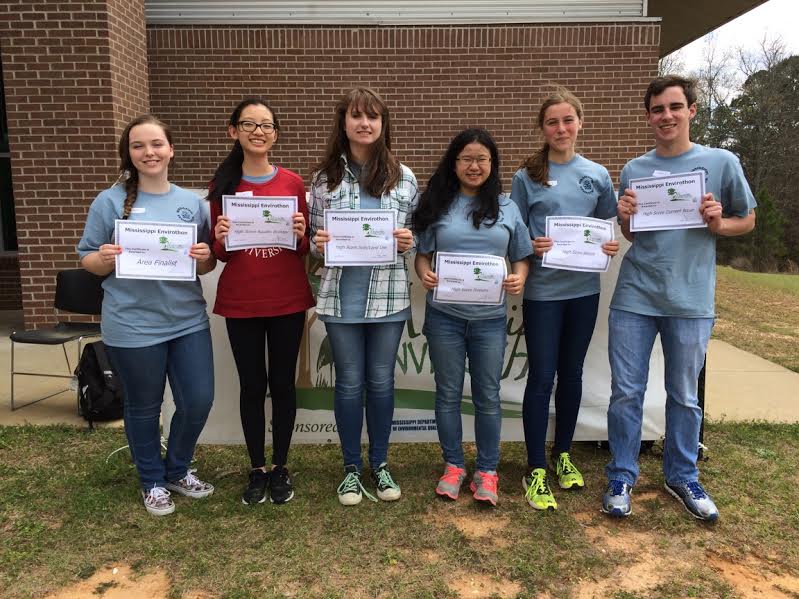 The Envirothon team has been beyond impressive.

This past Wednesday, the Oxford High School Envirothon team competed at the regional competition, placing first in every event.

Envirothon is an environmental competition in which a team of five competes in categories such as soil/land use, aquatic ecology, forestry, wildlife, and current environmental issues. Each member is assigned a specific category and completes a multiple-choice assessment, as well as an onsite evaluation in which members identify different species of animals, trees, or other organisms.

For the team, placing first in every category was an exciting surprise.

“It was really exciting to win regionals,” sophomore Joanna Bu said. “We were quite certain we were going to be going to state because the top five teams go and there were not many teams competing. But it was really surprising for us to win first place in every category.”

Said senior captain Kayla Owens, “It feels great to place first. I was extremely shocked and not expecting to place first in my category, because the test was rather hard. However, the entire team was elated that we all placed first.”

The team has been rigorously preparing throughout the academic year, including bringing in specific coaches for individual categories.

“My event is aquatic ecology,” Bu said. “You study about water use and conservation, aquatic plants and animals, and aquatic ecosystems. Our coach brings in aquatic trainers to teach us, but it’s mainly just independent studying.”

For the team, the national competition is the overall goal, as it qualified for the same national event team last year.

“Yes, nationals is our goal,” Envirothon coach Angela Whaley said. “Last year, I had the pleasure of accompanying the team to nationals, and we made a list of things the team learned from the competition and what we could do better. We have made some improvements and will continue to do so.”

This year, the big event – in which students will compete for recognition and scholarships – will be held in Ontario, Canada, something the team is very excited about.

“Nationals is in Canada this year which is really exciting,” Owens said. “It’s also the seniors’ last year, so we really want to go to nationals.”

In order to qualify for the competition, the team has to place first at the state competition in May.

“I’m going to do my best to encourage us to keep studying hard, and not let the victory go to our heads, though,” Owens said. “We’ll need to know even more to win state this year because a lot of the other teams are also quite determined to go to nationals.”

Said Bu, “If we want to qualify, we have to win first place at state. To prepare for state, we will have to get together more often, study the material in depth, and just do our best”