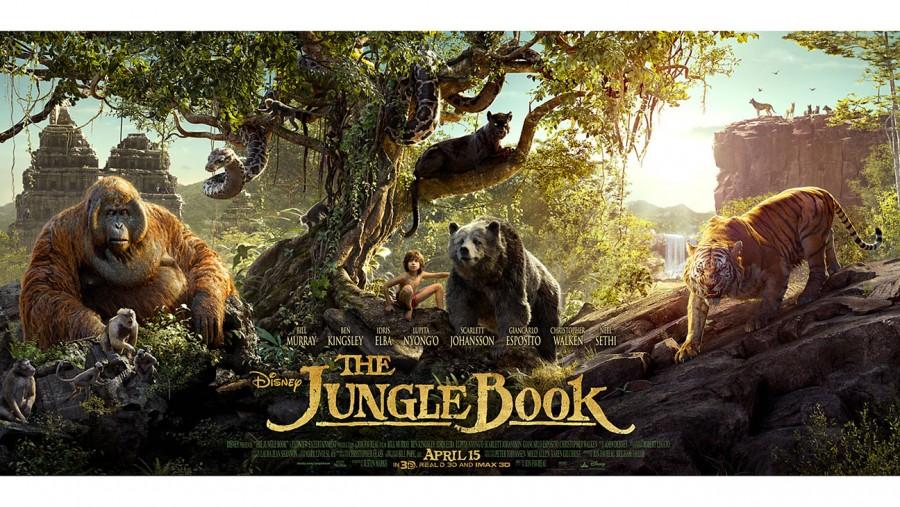 “The Jungle Book” is the new Disney film from director Jon Favreau and starring the voices of Bill Murray, Idris Elba, Christopher Walken and Ben Kingsley, as well as newcomer (and the only human in the film) Neel Sethi.  It is a remake of the classic “Jungle Book” film with some twists to keep audiences surprised along the way.

On paper, this sounds like an awful idea that would distract someone from the film, but it really works out well. The audience is totally immersed in this shockingly realistic looking film.

I didn’t realize that the film wasn’t set in the jungle after I looked into the production. The characters are also so realistic looking that, at many points, it looks just like an actual animal.  The film likely has the best CGI I’ve seen in a film.

“The CGI was really impressive. I can’t believe how realistic it was,” said Oxford High sophomore Olivia Wymore.

However, pretty animation has no point without a good story, and the Jungle Book sells pretty well on that.  It follows the same basic structure of the original film, but adds much more action.  The action scenes were well done and kept me engaged. The plot did feel predictable, which is likely to happen since I’ve already seen this movie in a sense, but it kept me interested for almost all of it.

The actors also did great. Sethi sold Mowgli very well, especially for a child actor. He had a few “obviously acting” moments, but he was mostly very good.

Bill Murray felt like his old self in this movie with some great line deliveries.  I would say his character, Baloo, was easily my favorite in the film simply because of how great Murray is at being, well, Bill Murray.

“Bill Murray was great in the movie.  He was perfect to play Baloo,” said OHS sophomore Annie Forgette.

Christopher Walken is great, as in everything, at playing the giant monkey, King Louie.  His song number was one of the highlights of the movie since Walken is just so enjoyable to listen to.  Lastly, Idris Elba put his all into Shere Khan, delivering a shockingly intense performance.  His character adds some great tension to the film.

Overall, “The Jungle Book” was a great time in the theater.  It is the perfect film to see before the big summer movie season starts.  It is definitely recommended.