The Charger Online • May 25, 2016 • https://thechargeronline.com/3402/uncategorized/science-bowl-team-excels-at-national-event/ 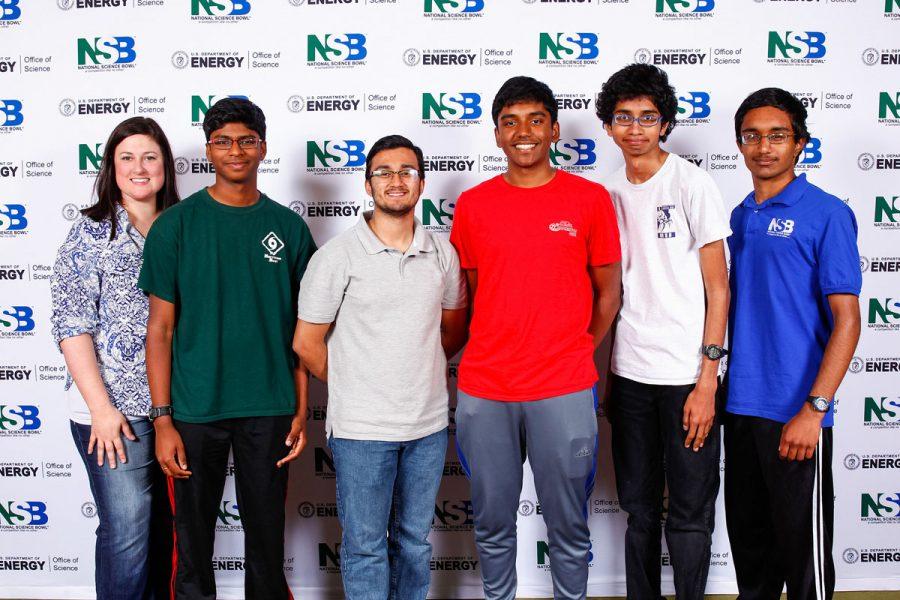 On April 28, the Oxford High School Science Bowl team embarked on its second national competition since the the team was founded three years ago.

The team qualified for the national competition by advancing through the state level with wins over Mississippi School for Math and Science and Oak Grove High in the finals.

“I think we did a great job this year with our competition because we worked as a team with every person covering their subjects and quick on the buzzer to answer,” said team member Tamjeed Azad. “I also think we did a good job working together on bonus questions in which the team can cooperate.”

Teams in the top 16 advanced into the afternoon double-elimination rounds, and immediately won $1,000 for their school’s science program. To become a top 16 team, you must finish as one of the top 2 teams in your eight-team division.

While the OHS squad didn’t make it out of its division, it still enjoyed a couple of victories in round-robin play and even got to visit the National Mall and Smithsonian institutions such as the National Air and Space Museum and the National Museum of Natural History.

“I thought the trip to the National Mall was very interesting,” said team member Shahbaz Gul, “as I got to see a lot of the things I didn’t get to see last time I went, in the eighth grade. I enjoyed the National Air and Space Museum – with all of its models of both planes and rockets – the most, however.”

The team competed in the academic round-robin competition the morning of May 1, and even though the squad failed to advance, it finished with a 4-4 mark in academic competitions despite facing off against California’s North Hollywood High and Texas’ Clements High, two teams that advanced deep into the double-elimination tournament.

“I thought our team did pretty well,” said team captain Nitin Ankisetty, “but being one of the newer teams at the high school level, we were still not completely sure what to expect. By competing against teams like these, I think it really helps our team prepare for future competition, and hopefully it will help us advance again next year to the National Science Bowl.”