The Charger Online • May 26, 2016 • https://thechargeronline.com/3412/sports/ohs-golf-looks-to-future-after-state-event/ 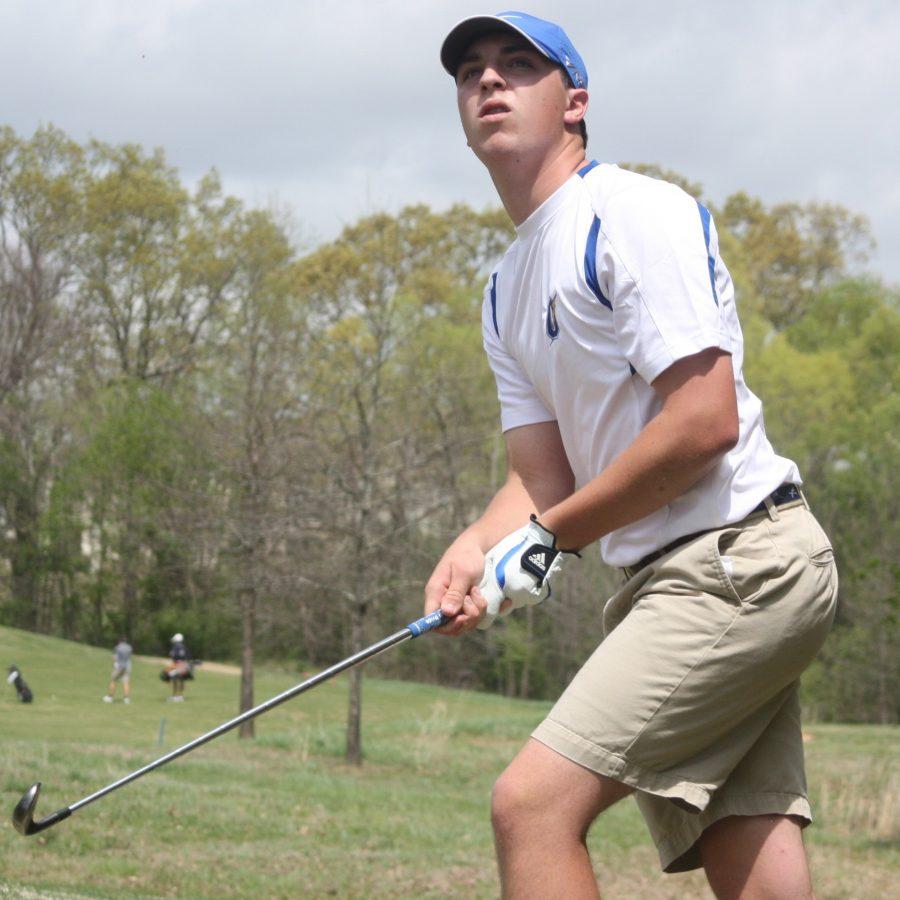 (Photo Courtesy of John Davis/Oxford Citizen) OHS junior golfer Beau Ryals watches a ball sail after his swing. Ryals and the Chargers finished second at the state tournament, but have a lot to look forward to next year, with many returning starters.

Despite a second-place finish at the MHSAA Class 5A state championship meet three weeks ago in Madison, Oxford High coach Steve Herring and his golfers came away from the Lake Caroline course feeling hopeful and confident about next year’s state championship.

The 5A state championship came down to two teams: Oxford High and Germantown High. Germantown narrowly defeated the Chargers, accumulating a 590 team score for both days. The Chargers ended up with a total of 603 for both rounds.

“We did pretty well,” head coach Steve Herring said. “The competition was pretty fierce, and it was a two-team race. The team showed up and they competed.”

However, Germantown is graduating its top three boy golfers this year while Oxford is only graduating one, in Dee Fair. This causes head coach Herring and his players to feel confident about defeating Germantown next year.

“Considering that we are such a young team, I am extremely excited to see what our hard work this offseason will lead to next spring,” OHS junior Matt Sink said. “The entire team has high expectations for state next year.”

Easley, who is committed to Auburn University, was the 5A medalist, scoring 69 the first day and 74 the second.

Easley, who defeated Germantown’s Zach Smith for the title, is equally confident that next year’s team can win a state championship.

“We will have a good chance to win next year,” Easley said. “Losing Dee will hurt, but with a lot of the team coming back next year, we should be good.”

Besides winning another state championship, Herring has another goal in mind for his golfers—shooting collectively under 300 for 18 holes.

This year, the Chargers shot – for the first time – 300 for 18 holes, something Herring is pleased with. However, with the team that he has this year, he hopes that the team will be able to shoot under 300.

“Three hundred is the lowest that we have ever shot in either a district or a state tournament,” Herring said. “We are going to build on that and try to get sub-300. You go sub-300, and you are almost untouchable in any competition in Mississippi.”