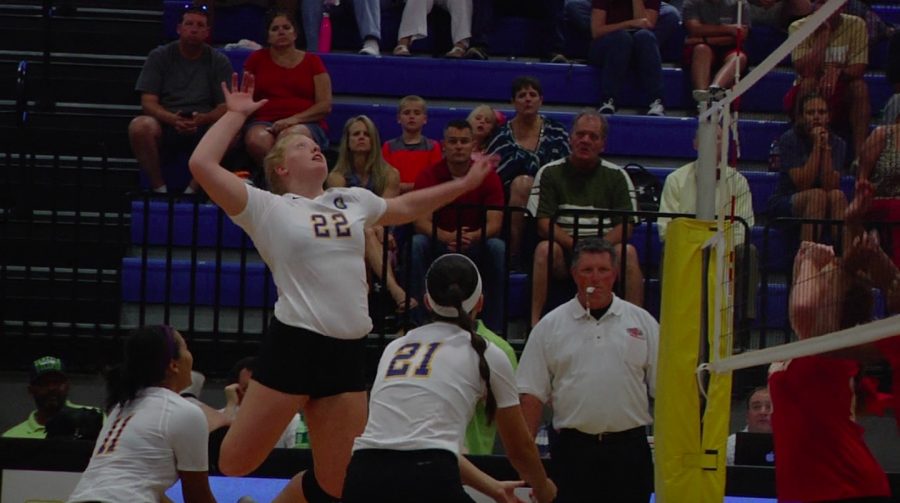 OXFORD — Coming off a historic season last season, the Oxford Lady Chargers volleyball team is primed for another playoff run.  Their season opener against the Lafayette Lady Commodores validated how good they can be this season.

The Lady Chargers started off the season strong by sweeping the Lady Commodores 3-0 with set scores of 25-7, 25-17, 25-15 respectively.  Oxford returns a bulk of leaders from last season’s squad who made the playoffs for the first time since 2008.  One of those leaders, senior Maggee Hobson, believes that it was a total team effort that allowed a sweep of the lady Commodores.

“We talked about that (team play) early on before the season started about how that’s what going to help us win state is just being together.  I really saw that on the court tonight,” Hobson said about the win.

Oxford was dominant the whole night, particularly in the first set, that set the stage for a clean sweep Tuesday night.

“Obviously just getting on the floor and just playing and putting things together that we’ve been working on in practice,” said OHS head coach Tara Ross.

The Lady Chargers are back in action on Thursday, August 11 against 6A power Southaven who are hungry to rebound after a 3-2 loss against the Lake Cormorant Lady Gators.

“They’re (Southaven) a smart team, always, so they’re going to be playing to their whole.” Ross said.