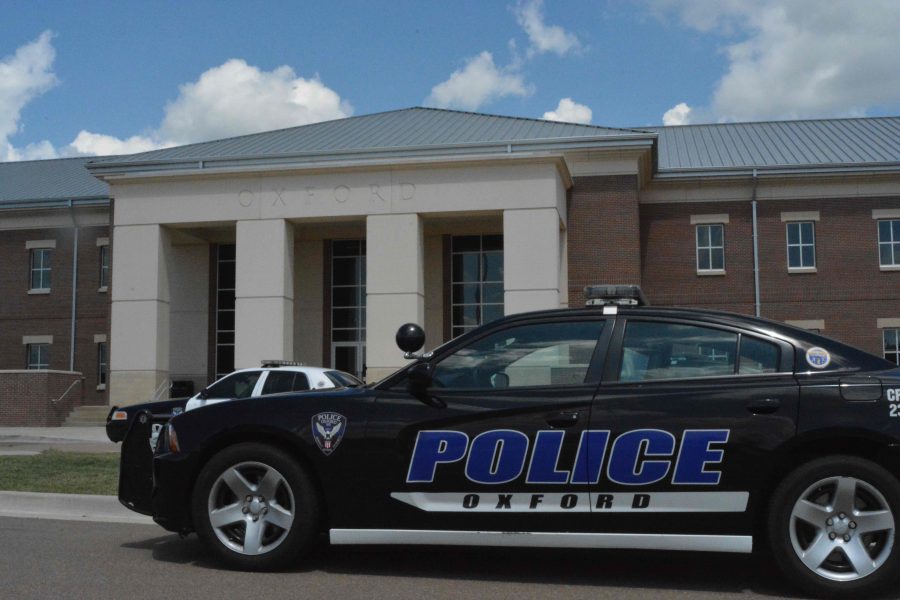 Oxford High resource officers announced an arrest has been made in the events leading to the district lockdown last Friday. The accused is alleged to have sent threatening text messages to an assistant principal that forced the entire district into crisis mode for over two hours on Friday, and ultimately led to his arrest on Wednesday.

According to high school resource officers Harper Thomas and Mario Weekly, the suspect is a current OHS male student under the age of 18. Because the student is a minor, his name cannot be released. The charges that the suspect is facing could not be attained by The Charger, but “punishment varies depending on the situation,” and jail time is a “great possibility,” according to Weekly.

The suspect was released into his parents’ custody following the arrest, and is currently awaiting a hearing in youth court in the next 7-14 days. Local Judge David Bell is the presiding Referee over Youth Court in Lafayette County, but he was unable to comment on the nature of the hearing. Mississippi court records indicate that hearings usually fall on every second Thursday.

The student has been suspended from school, according to Superintendent Brian Harvey, and he now faces a disciplinary hearing following his legal battle. School due process states that the principal make a recommendation on his punishment before the hearing. Expulsion is the most severe disciplinary action the accused can receive.

Circumstances dictate that the accused must first appear in Youth Court, but if tried as an adult, he could face crimes of cyberstalking, as outlined in the Mississippi Code and detailed in Title 97-45-15, which reads:

“It is unlawful for a person to: (a) Use in electronic mail or electronic communication any words or language threatening to inflict bodily harm to any person… or physical injury to the property of any person.

If any of the following apply, the person is guilty of a felony punishable by imprisonment for not more than five (5) years or a fine of not more than Ten Thousand Dollars ($ 10,000.00), or both.”