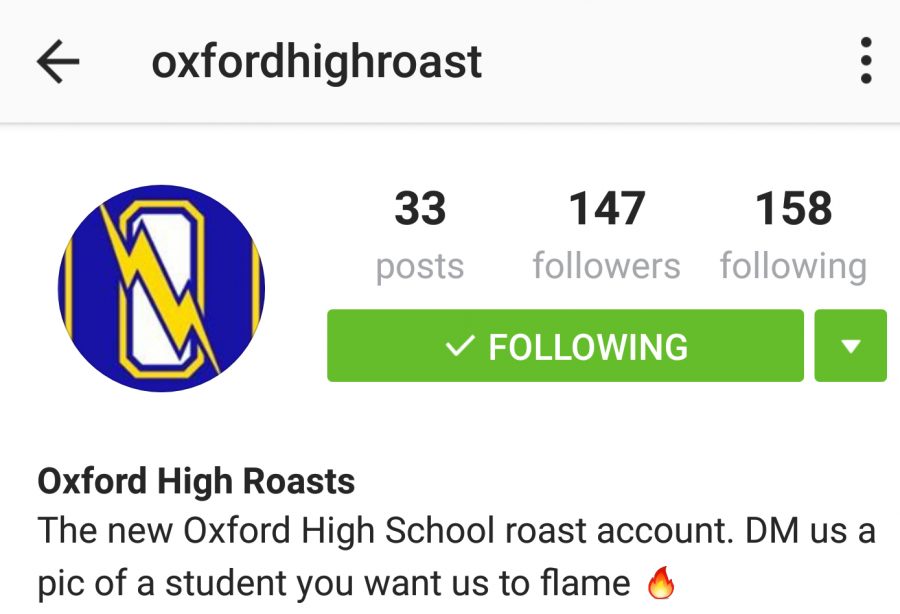 Last week, a new Instagram page was created dedicated to “roasting,” or making fun of OHS students. The account asked its followers to send a picture of another student for the account to roast.

Even in the short timeframe, the account has already roasted 31 different students. One of those students was senior Kelliann Camp. Camp said that she “really didn’t mind” that she was roasted by the account. “The account was maybe a form of bullying,” Camp continued.

Another student who was featured in the account was sophomore John Stanley Parker. He said he “had no clue” who started the Instagram page. Parker said that he did not see the account as a form of bullying, saying that he believed the account was “all in good fun.”

However, principal Bradley Roberson considers the account as a form of cyberbullying. Roberson said that the account is under investigation.

“Anytime you’re attacking students, it can have a detrimental effect,” Roberson said. “We want to treat people with respect and kindness.”

The creator of the account, junior Cole Grafton, said that he had created the account because he “thought it would be funny.” Grafton said that he did not want to start the account hatefully, but that he made it “as a joke.” Grafton continued, saying, “I regret being it interpreted as hateful.”

Grafton said he expected to be caught, but not so quickly. Administrator Paul Ross singled Grafton out during his band class, and Grafton eventually confessed to creating the account.

Grafton said that he “was not quite sure how he got caught.” He sent apology messages to the people who were “roasted” in the account, and said that “every single person who replied thought it was funny.”

The account was deleted per request, and Grafton received a suspension and is out of school until September 1.