Delta Springs introduces themselves to Mississippi one show at a time 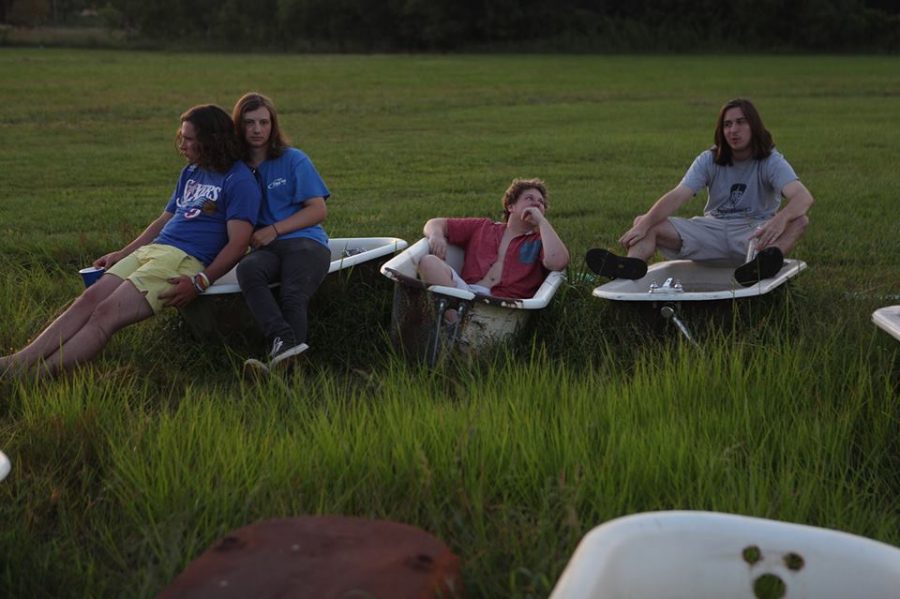 Delta Springs will be playing songs from their upcoming album at Proud Larry's on Sept. 2nd.

Delta Springs, one of Oxford’s most fiery incoming bands, is beginning to make a name for itself in town.

Consisting of Sam Stevens (lead singer and lead guitar), Will Smith (lead vocals and rhythm guitar), Watson Turnipseed (drummer) and Patrick Mink (bass), Delta Springs has ignited a fire that isn’t ready to be put out. With their first album, “Greener Things,” recently out, they are playing all over Mississippi, sharing their love for rock-and-roll with everyone who visits their shows.

Forming in 2014, they did a handful of shows before Mink joined the group.

“We played eight or nine shows without Patrick, and needed a bass, so we asked him to come in.  That’s when things really took off.  We got in the studio and really started writing songs,” Turnipseed said.

Since finalizing the lineup, they’ve already released on album, and are now working on their second album.

“We’ve come out with our first album, ‘Greener Things,’ and now we’re about to get back in the studio and record another EP with four, maybe five songs,” Turnipseed said about their next project.

Moving away from their originally raw and simple sound, they are now aiming for a more mature, evolved sound.

“It’s hard to put into words what it sounds like. It’s heavy, but it’s also funky, and also melodic in some songs. Different. It’s very us,” Mink said.

Avoiding targeting a specific audience, Delta Springs just wants to play music that everybody will love and for people to have a good time.

“When people are at our shows, it’s really high energy and a lot of fun,” Turnipseed said.

Chiming in, Mink agreed, “It’s very hyped. A lot of times we’ll be playing a song and go into it like we haven’t even practiced, and that can turn into something really cool.  That’s the fun in it.”

While playing around Mississippi, Delta Springs is ready to progress with their upcoming EP, which is still unnamed.

“Our songs aren’t really structured yet.  We’re more jamming around just to see what we want to do with it,” Mink said.

“I think this new one will just be a lot better,” Turnipseed commented.

Agreeing, Mink said, “It will be a lot better. It’s got almost a jam-band feel to it.”

The band hopes the EP will show their growth and experience.

“I think this is a coming of age second EP.  It’s not as childish, it’s more like we really know what’s going on and what we want to write about so we can convey to a larger audience,” Turnipseed said.

Although they haven’t gotten in the studio to record these new songs, people can expect to hear these four songs at a Delta Springs show.

“We’re going to play all of the new four songs from the EP, a couple of our old stuff, and we always whip out two or three covers that people are always blown away by,” Turnipseed said about their show at Proud Larry’s on Friday.

When asked about hopes for the future of the band, Mink said, “We just want to be a band and go out there and take on the world.”