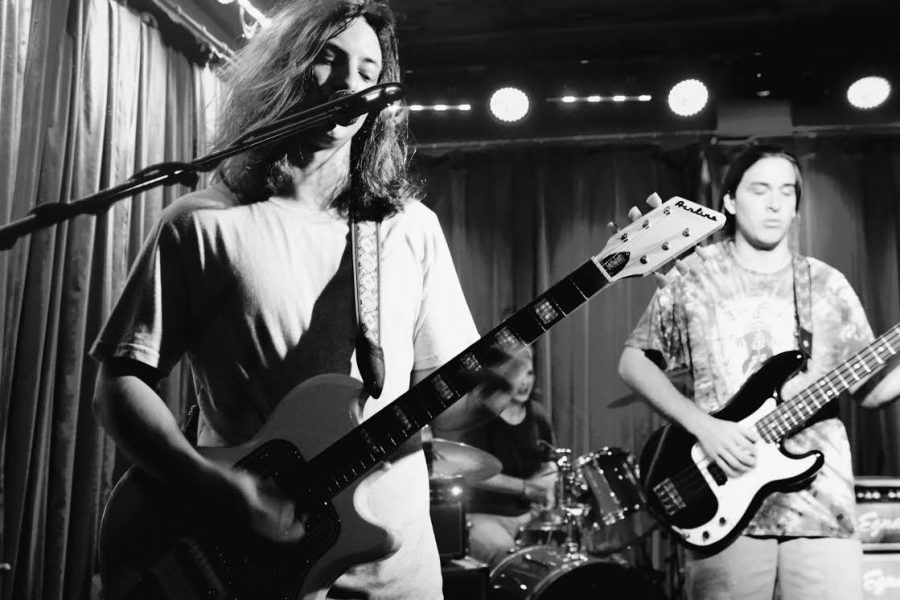 With contrasting performers kicking off Labor Day weekend, Tesheva and Delta Springs put on a show for a crowd of around forty people at Proud Larry’s and made it a night to remember.

Tesheva, out of Starkville, considers themselves a “funk-rock, blues-fusion, space experience” according to their Instagram. Very Pink Floyd inspired, they dove into a jam-session heavy show, getting the crowd excited for the night.

With a very heavy and psychedelic intro, the band didn’t utter a word into the microphone for almost ten minutes. Once getting into the music, the band invited the crowd to join in on the fun.

“If you’re afraid to boogie, you’re probably doing it wrong,” a member yelled into the microphone, and it was apparent that his words of advice translated to the crowd well.

Looking around, there were views of college students dancing around the venue enjoying the music. The funkiness and enthusiasm of the band was very infectious to fans.

As a small Mississippi band, it is evident that Tesheva will go far in their career. Talented in both simply being musicians and in stage presence, the band had many noticeable qualities that will help them towards success.

Following Tesheva was Delta Springs, hailing from Oxford themselves. Also having a great stage presence, their admiration for playing music was hard to forget.

Using the intimacy of the venue to their advantage, members of Delta Springs joked with fans in front of the stage. “Forget Delta Springs, we’re just a Widespread Panic cover band now,” joked Patrick Mink, bassist.

Opening up with a popular song, “Runaway” (my personal favorite) it was already clear that fans were in for a lively performance. Delta Springs played to their hearts extent with this song, and didn’t plan on slowing down anytime soon.

As more people entered Proud Larry’s, there was one thing on the band’s mind: make themselves heard.

Gesturing to the sound engineer, Mink requested one thing. “Can you hear us outside? I want them to hear us from out there,” he said with a smile on his face.

The next two songs were favorites from their album “Greener Things.” Following the opening song with “New Beginnings” and “Cheese,” spectators could both see and feel the energy coming from the band.

Looking between the members, I could see the concentration and care for his performance from Sam Stevens, singer and lead guitar. A noticeable love for the band was coming from both Mink and the rhythm guitarist, Will Smith. Watson Turnipseed, drummer, had a smile on his face almost the entire show and his energy was reciprocated through Proud Larry’s the entire night.

Giving fans a preview of their upcoming (and unnamed) EP, Delta Springs played a new song, but never mentioned the name. Giving into an illusion of what to expect from their soon-to-come EP, the band played a jam-band and pop-rock inspired song, one that everybody could dance to. It was a highlight of the night.

Following their new song, Delta Springs played their most popular song, “Little Child” which everybody in the venue reacted positively to.

Pulling a few covers out of their pockets, Delta Springs wowed the crowd with a Talking Heads cover later in the night. It was a nice surprise to see this jam band out of Mississippi cover one of the most popular alternative and new wave bands of the 1980s.

Although I had to leave early, I was blown away by the show that Delta Springs managed to put on despite such a small and intimate crowd. They got everybody on their feet dancing and very into the music.

Seeing this small-town band play for a crowd of friends and fans alike, I could tell that Delta Springs will go far. They had a sense of tight-knit bonds that was portrayed through their music and were intent on having a good night with the crowd.