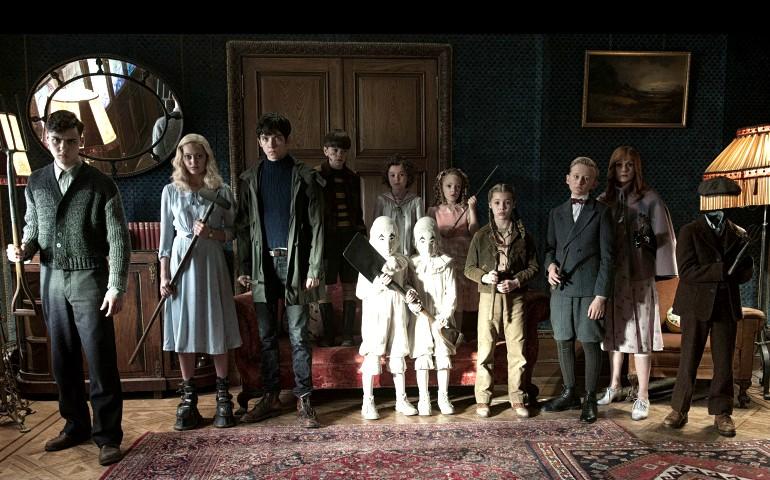 I remember sitting down somewhere along the Square with a friend one day, discussing books we liked to read.  Eventually the Heroes of Olympus books by Rick Riordan came up, including the most recent release, The House of Hades.  Our conversation eventually came to the obvious talking point: Nico, a prominent character in the series, turning out to be gay.  My friend was ambivalent about it, not praising it, but just seeing it as a neat thing that was revealed.  I however had some negative feelings on the issue.

“It feels pointless,” I said.  “It’s not like there’s a reason for him to be gay.  I don’t like it when authors put stuff like that in for no reason.”

Needless to say, my opinion has vastly changed.  Over the years, I grew more mature on issues like this in fiction, seeing how diversity can help enrich stories.

I was fourteen.  Tim Burton is fifty-eight years old and still thinks this way.

For the uninitiated, Tim Burton is the director for the film Miss Peregrine’s Home for Peculiar Children and director of past films Edward Scissorhands, Beetlejuice, and Corpse Bride.  After the cast was revealed, many fans noticed something about the cast that was similar to past Burton films.

In fact, Samuel L. Jackson has openly admitted that he might just be the first black person to be casted in a Burton movie.  Looking through his movies, it’s undeniable that Burton’s movies have had a predominate, if not complete cast of white actors.

Recently, interviewer Rachel Simon asked him about the casting issue.

“But things either call for things, or they don’t,” Burton said.  “I remember back when I was a child watching The Brady Bunch and they started to get all politically correct. Like, OK, let’s have an Asian child and a black child. I used to get more offended by that than just… I grew up watching blaxploitation movies, right? And I said, that’s great. I didn’t go like, OK, there should be more white people in these movies.”

Before I get onto the main point, I’d just like to point out that somehow Burton thinks that adding people of color and minorities into a show is somehow more offensive than a genre built around racial stereotypes.  The episode in question of The Brady Bunch was about the main family’s neighbor that decides to adopt three kids: one white, one black, one asian.  The whole point of the episode was to comment on the social connotations of adopting children of differing races and the prejudice that falls upon the parents who do, an issue that is still relevant today.  So yeah, I’m really failing to see how this is more offensive than blaxploitation.

Back to the main issue at hand.

“Things either call for things, or they don’t.”

What then, Burton, calls for diversity, which you so clearly lack in your films?

Apparently to fill the role of a particularly nasty villain.

Yep, Burton tried to say that there has to be a “reason” for diversity in stories while the only black character in his latest film is the villain.  I’m just going to let the unfortunate implications speak for themselves.

The fact of the matter is that diversity both doesn’t need reason, but also possesses an inherent reason: diversity simply makes films better.

Think about common complaints with modern Hollywood, and you’ll eventually come across the fact that way too many action movie heroes are cut from the same palette: grizzled white man.  When it comes down to it, you can only have so many buzz cut tough guys as a movie protagonist before people start to scratch their heads and say “haven’t I seen this before?”

Trends show that when a director breaks the mold with a more unconventional actor or actress, the audience and critics end up really liking it.  Inserting a woman or a person of color as a main character allows more unique stories to be told and ideas to be expressed.  It’s also just a nice change of image.  After seeing one of Bruce Willis’ fifteen clones on movie posters all the time, it’s nice to see a character that brings their own unique image to the mix.

Diversity also gives many kids someone to look up to.  While not every character has to be super relatable and connect with the audience one hundred percent, people like seeing parts of themselves represented in the media they consume.  It’s only natural that women, LGBT+ people, and people of color like to see themselves get active roles in movies and shows.  Take for example John Boyega, or as you might know him, Finn from The Force Awakens.  After the movie premiered, many African American parents thanked Boyega for taking the role.  They explained that he became a big role model to their kids and they finally got to see someone like them in the star role of a movie.

So in the end, Burton’s statement not only has troubling connotations, but also manages to disprove itself.  Diversity doesn’t need a reason, but the inclusiveness and opening up of new ideas are reason enough by themselves.

As a closing question, Burton always likes to have his movies revolve around loney social outcasts.  Why not bring the themes further to home by including people that are outcasted in real life, like LGBT+ people and people of color?  Shouldn’t he understand how his themes of people being different and finding their place in life despite abounding differences would only grow stronger by including them?

But according to Burton, his movies haven’t “called” for that.