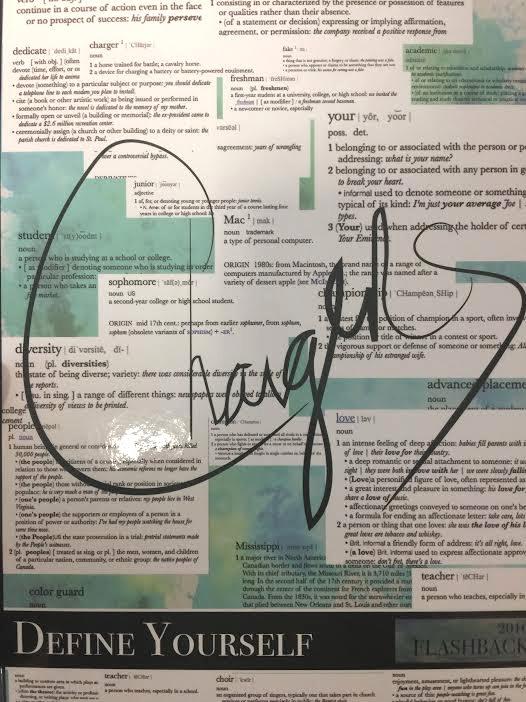 Last year’s yearbook received some complaints because of production errors, but this year’s staff is excited to work hard to produce a better yearbook.

“I definitely do not think it is the best the staff could have done. There were typos throughout the book that were missed and students names printed twice,” yearbook advisor Ebony Johnson said. “However, I was extremely proud of their creativity and effort. The book is very difficult to put together.”

Johnson took full responsibility for the lack of communication and teaching the staff how to work on the yearbook.

“I think that the staff last year struggled with organization. Everything was sloppily done, and the staff members did not always put their best work into the yearbook,” said junior Anna Grace Newsom, who has been on staff since last year.

Common problems throughout the yearbooks were spelling mistakes, text boxes without names, duplicated pictures, and many incorrect facts.

“My name was written as someone else’s in the yearbook,” sophomore Clay Ivy said.

Even though Ivy was a victim of production errors, he was still supportive of the product.

“I thought overall that the yearbook was well put together,” Ivy said.

“It would have been great if I did not have to see my face twice. To me, the yearbook was not special, and it did not stand out,” Condon said.

This year, the new staff is dedicated and excited about improving the yearbook.

“This year we are more familiar with our work. We plan to learn from our mistakes, be more organized, and prepare the new staff members for the year,” Newsom said. “The new staff is very excited to put great effort into the yearbook.”

Johnson is also excited about the new book and the new staff she has recruited. The application progress is more rigorous this year, and they only allow those who are focused on creativity, work ethic and photography.

“Now that I have a new staff and better understanding of the networking throughout the community and school, I believe the book to be much better,” Johnson said.