Column: Why we need feminism 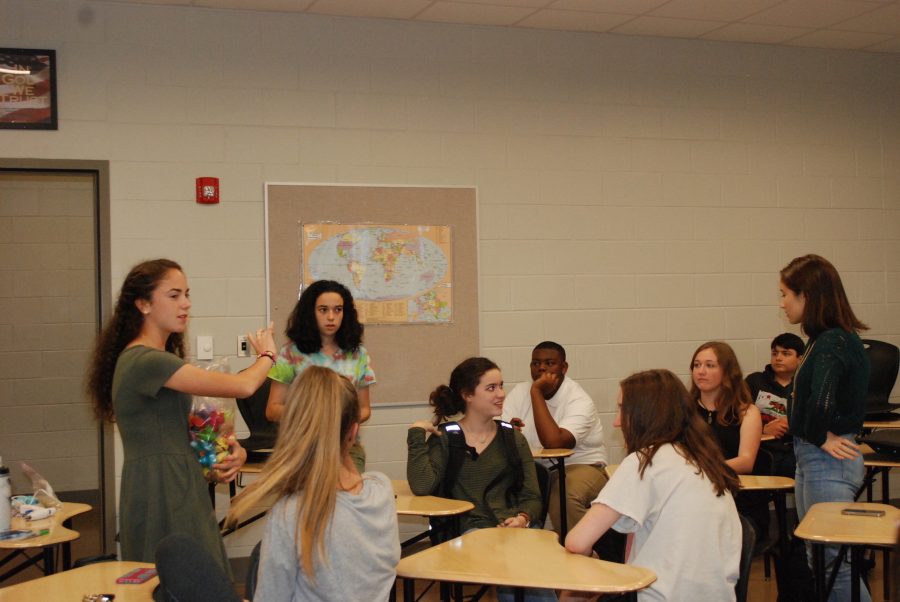 Feminism. An eight letter word, that has almost always been associated with a negative stigma.

Feminism, something that has infinite negative stereotypes forced upon the women and men who openly label themselves as a feminist.

Feminism is defined throughout the internet as “the advocacy of women’s rights on the grounds of political, social, and economic equality to men.”

For someone trying to help people express the want for equality, why is it thought of so negatively?

A huge amount of people believe that there isn’t a need for feminism anymore, which can’t be further from the truth; some think, “hey, at least you can vote now!”

It all comes down to something much more than the patriarchal system or finally having voting rights.

All throughout childhood and often into adulthood, women are taught to adapt different behaviors and mannerisms simply for a member of the opposite sex. We are told to dress different, act different, and sometimes completely change.

Women all around the world are taught not to do things or behave certain ways, all for the sake of boys. People still genuinely believe that women were placed on this Earth purely for men, and that is why feminism is needed in everyone’s lives.

Women’s rights have drastically improved throughout the pass 100 years in America, but there is still so much development needed. Yes, women can vote and yes, we are thankful for that right. But finally having human rights that should be granted at birth, doesn’t mean that we are fully equal to men.

While Oxford is fortunate enough to have a Feminism Club, some schools aren’t. Around the globe, there are some women don’t have any rights at all, let alone the ability to discuss their lack of rights in a group.

Feminism is needed because instead of teaching boys about consent and to not rape, girls are taught how to prevent sexual assault from happening to them.

Feminism is needed because some people don’t think women should be in control of their own bodies, but rather the government. While the matter of abortion is controversial, many of the politicians have different views. Some have the belief that women shouldn’t have the right to decide what they want to do with their own

Feminism is needed because women still do not always receive equal pay, even if they are doing the exact same amount of work as a man. Some men, even women, disagree with wage gaps and think it based purely off of the amount of workload taken on.

Feminism is needed because there are females everywhere are too scared to walk alone, or even be seen alone for fear of what could happen.

Do you want to live in a community where women aren’t treaty equally? Is this really an ideal society?