OHS students excited to participate in election for first time 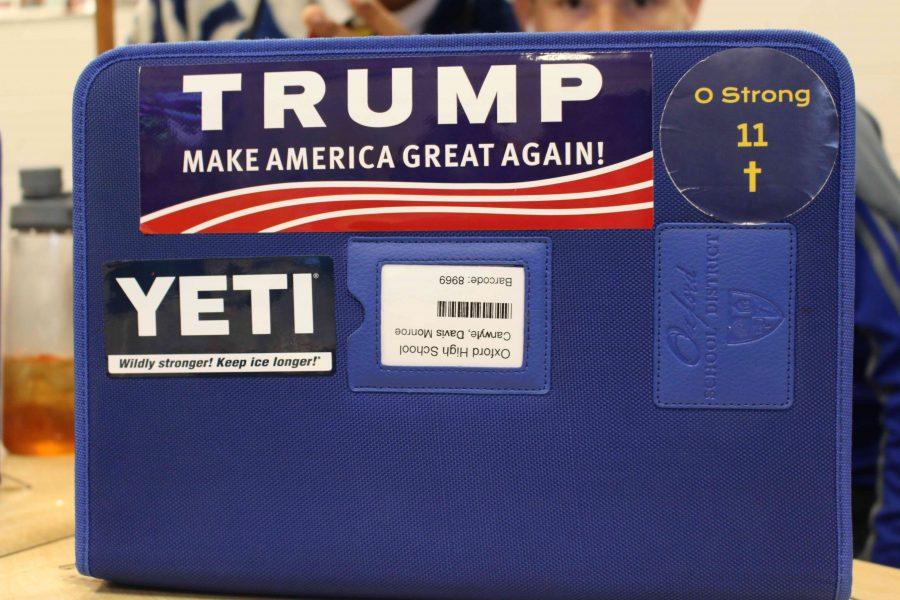 This year, many students at OHS find themselves with a voice, and are able to act on their opinions that were previously restricted to debates with peers. This year, a small portion of OHS is finally eligible to vote.

“It’s nice to finally be able to have your opinion matter on a larger scale than just who you talk to,” senior Sean Brown said. “I mean, you never really thought that you’d be able to vote, but it’s pretty neat.”

Senior Duncan Graeber is looking forward to voting as well.

“I’m pretty excited. I’ve looked forward to this for a long time and to be able to choose who I want to be the president is pretty cool,” Graeber said.

Senior Lauren Telford feels similarly, but she also believes that she is not yet old enough to know about the candidates and their past experiences.

“I think it’s cool that I have an opinion,” senior Lauren Telford said. “I still feel kind of young, though, because I’m not fully educated on either of the candidates. If I was older, I would probably have more knowledge of them and what they’ve done in the past.”

Although it may seem daunting to be a part of the system that will determine the country’s president, Telford has made sure to stay on top of her research, taking her time to consider each candidate.

“At first, my parents were telling me to vote for Trump, but I did my own research, and I watched the [first] debate—it was mainly the debate that made me choose Hillary,” Telford said.

While paying attention is important, it is not always easy to discern fact from fiction, especially when opposing views await around every twist and turn leading up to the election.

“I’ve tried to stay away from what people say on Twitter because I know most of that is not factual,” Telford said.

While Brown admits to using Twitter along with the news in keeping up with the debates, he agrees with Telford’s position.

“My vision of what this country is and what I think that it should be—I think Hillary fits that vision better than Donald Trump,” Brown said.

Senior Kelliann Camp sees things differently. She will be voting for Donald Trump in the upcoming election. Camp believes that if illegal immigration had been dealt with earlier, proposed actions might not have had to have been so extreme.

“I believe his views on illegal immigration are correct, and they should have been solved a long time ago,” Camp said.

Graeber will also be voting for Trump in the upcoming election.

“I agree with most of everything he stands for, with the exception of a few things,” Graeber said. “I think he could potentially be a great president and lead the U.S.A. out of this debt that we are in.”

Before the presidential candidates were down to the final two, various primary elections were held. Although many people do not realize this, anyone who will turn eighteen before the final election for president can vote in the primaries.

“I did not know I could until they were done because I was still seventeen,” Telford said.

Another misconception is the difficulty of registering to vote.

“It was really easy,” Brown said. “It took like five seconds.”

In the end, all four of the seniors, no matter whom they are voting for or whether or not they voted in the primaries, are ready to have a say. They will no longer watch by the sidelines while someone else determines their futures.

“I’m still really young, but I like having a voice,” Camp said. “It’s pretty great having that power now.”