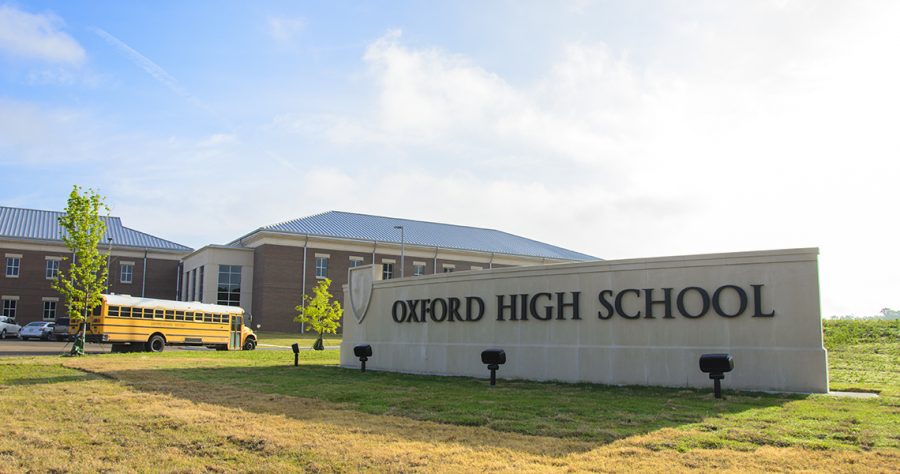 At a board meeting on Oct. 26, 2015, Superintendent Brian Harvey laid out multiple solutions for the space issue, one of which was to split the first through fourth grades between Oxford Elementary (OE) and Della Davidson Elementary, and use zoning to determine which students would attend each school. According to Harvey, the school board decided against this option.

The option that was implemented for the 2016-2017 school year was moving four first grade classes to Bramlett Elementary.

According to Ryals, 91 first graders attend Bramlett and 279 attend OE this year.

Harvey noted that OE exceeded maximum capacity several years ago, but this year there was no way for all of the first and second graders to remain. Bramlett, on the other hand, had plenty of room for more students.

“We are all working diligently to make this work for the benefit of all of our first grade students, both at BES and OES,” Oxford Elementary Principal Tamara Hillmer said.

Splitting the first grade between Bramlett and OE may not be a permanent solution.

“I wouldn’t say it’s a problem, but it will grow into a problem,” Harvey said. “There’s professional development with teachers that’s not the same. There’s inconsistency.”

Another option that was considered was renovating OE, which would entail adding 4-6 classrooms, expanding the cafeteria, and building a new road from Highway 7.  According to Harvey, OE is one of the smallest schools in the district and has not had any previous renovations.

However, according to Oxford School Board President Marian Barksdale, OE’s design and location “make it unsuitable for expansion.”

“The property at Oxford Elementary is not suitable to handle more students without a major investment, which would include new roads and purchase of additional property along  Highway 30,” Harvey said. “If the decision to do that was made, we would still have a building that will not suit the District’s long-term education needs.”

In order to accommodate these long-term needs, Harvey proposed building an entirely new Oxford Elementary School. The current elementary school building would become the central office for administration, which is currently split between two locations.

“Advantages to a new school are that we won’t be crowded at our elementary schools and whole grades can be together, rather than split,” Barksdale said. “A new school will also allow us to have room for growth, which we don’t have at OE. A disadvantage is the money it takes to build a new school.”

A bond referendum would be required to finance a new Oxford Elementary School.  Oxford City School voters would have the opportunity to approve or disapprove a tax hike.  Passage of the referendum would require a 60% approval by voters. This is the method that was used to raise money to build the current Oxford High School.

Building a new OE and holding a bond referendum are the primary proposals under consideration by the board. There are no plans yet to implement this proposal. 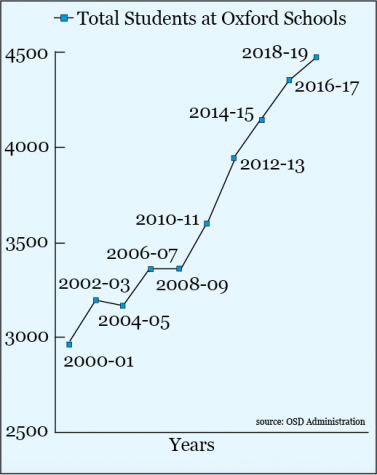