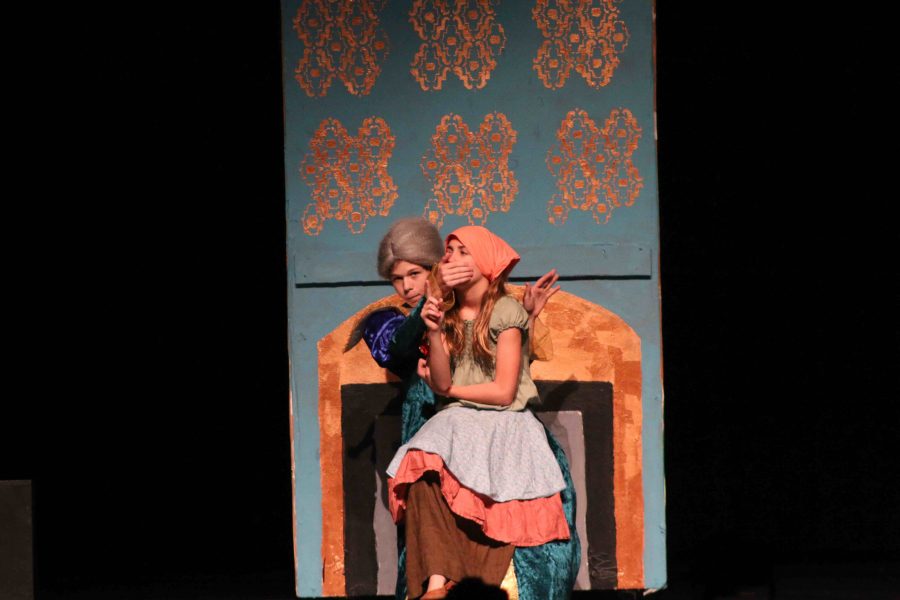 This production, a comedy by Don Zolidis under the direction of Debra Anderson, performed on Nov. 10 and 11 in the Kayla Mize Auditorium.

The Brothers Grimm is a collection of fairy tale stories collected by Jacob and Wilhelm Grimm, university trained philologists. The first collection of stories was published in 1812 with a total of 86 stories. Stories were continually added, taken away, and rewritten until its seventh collection in 1857 coming to a total of 211 short stories. These stories were not originally meant for children. They were targeted toward the adults because of their horrific endings and sexual references. The original stories did not have a “happy ever after.”

The students seemed very anxious about their first production. The cast members were repeatedly reciting their lines and singing their songs before curtain call. Crew members checked sound, lighting, props, and costumes.

An hour before opening time, a large crowd of people gathered in the middle school entrance to see students, family members, and friends play their roles in this comedic presentation of the different sides of the Brothers Grimm fairy tale stories.

This production answers all the questions one had as a child: Why did Rapunzel become locked in a tower? What happened to Hansel and Gretel after they killed the evil witch? Was Snow White really happy cleaning and cooking for the seven dwarfs?

It also tied all the stories together in a very comical form.

This production continued to amuse the audience. Huge uproars of laughter seemed to help the cast members understand that they were doing their jobs correctly.

The cast members also allowed the crowd to take part in the play by encouraging audience participation.

At the end of the show, the cast and crew were rewarded with a standing ovation.