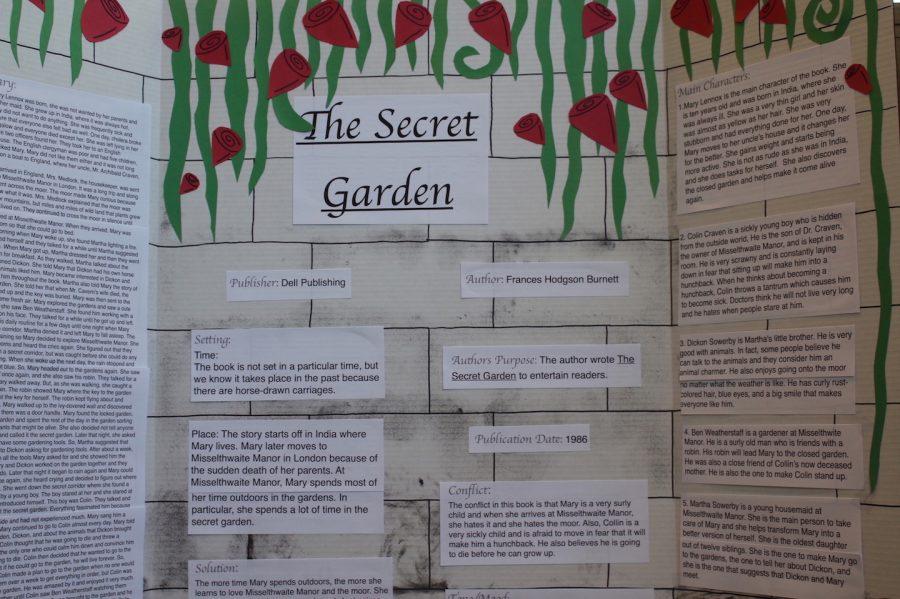 The trifold boards are out. The poster board markers are officially out of ink. It must be time for the Reading Fair.

“It’s more than just sticking ideas or thoughts on a trifold board, but it’s a way that they (students) can really think about what they’re reading,” librarian Lynndy Hurdle said.

There are about 50 or 60 students participating in the fair this year. One of those students is sophomore Gretchen Bartholomew. She did her project on “The Count of Monte Cristo” by Alexandre Dumas.

Despite her concerns, Bartholomew found the story interesting and the project to be more enjoyable than other school assignments.

“I’ve always loved doing the Reading Fair,” Bartholomew said. “I like to read.”

Sophomore Lily Smith, who did her project on George Orwell’s “1984,” agrees.

Smith enjoyed putting her personal touch on the project through making her board as creative as possible.

“I put the slogans featured in the book,” Smith said. “I cut out drawings of rats. I don’t think anyone else would do that.”

Bartholomew put her own mark on her project through using Cristo’s finding of treasure as her muse to put a treasure map on the board. Still, Bartholomew feels as though she may not have done enough to get to the next level of the competition after she saw some of her peers’ work for the Reading Fair.

“I know a lot of people who have good projects,” Bartholomew said.

Hurdle believes that those wishing to send their project up the ladder of the competitions must add a little something extra to their projects.

Hurdle suggests students not wait until the last minute the work on their projects and put real effort into what they are doing. She hopes that participants in the fair will see all the benefits of doing well in the competition.

“It’s a good way to stand apart from the crowd and do something different and maybe get a little recognition,” Hurdle said.

Results for the fair are set to come out Wednesday, Nov. 30 by the end of the school day.