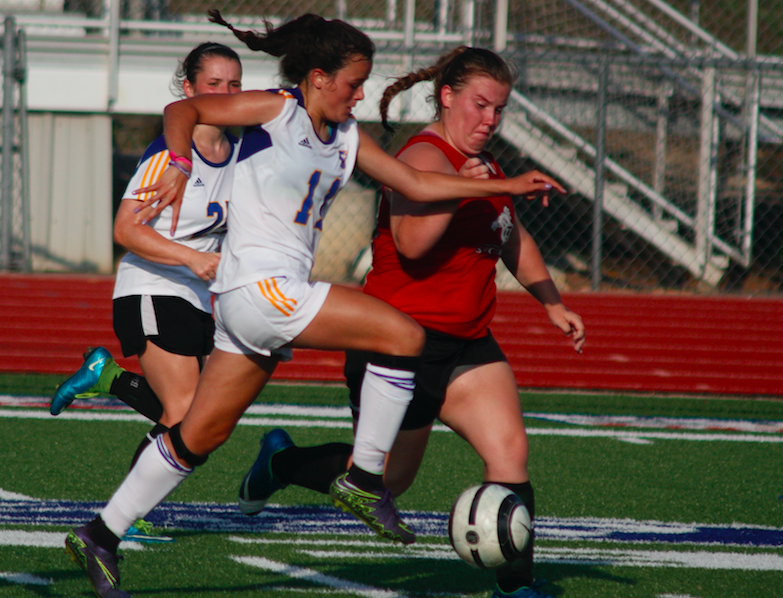 Oxford girls soccer is underway as the red hot Chargers are off to an impressive 6-0 start under second year head coach Hunter Crane. In the start, they have absolutely dominated the competition thus far, scoring a total of 31 goals, averaging 5.2 goals per game while giving up just two goals all year long.

The success has undoubtedly been a team effort but the individual performances have been impressive as well. The Chargers have been led by freshman forward Morgan O’Connor as she has already scored 16 goals which is averaging out to 3.2 goals a game.

Along with O’Connor, the Chargers have had big offensive contributions from senior Addison Meadows who leads the team with nine assists, junior Ally Shinall who has four goals and six assists, sophomore Katelyn Rock totaling for four goals, and freshman Ruthie Jenkins who has three goals, all coming in one game.

“We’ve played good soccer up until this point. Our offense has kept the ball away from opposing teams and spent a lot of time in front of their goal,” Coach Crane said, “when you do that it allows your goal scorers to have plenty of opportunities and we’ve capitalized on those.”

The offense has done its damage for the Chargers, but the defense of this team has been a strong area as well for them. Senior goalie Bailey O’Connor has been a huge part of the team’s success as she has allowed just one goal on a place kick so far this year and 22 saves.

“I think the biggest reason for my success this year has been a new perspective, we are coming into this season with a different mindset,” O’Connor said, “people are expecting us to perform and we have been doing it all around.”

As the Chargers sit at 6-0 right now, they are in very good shape to have a chance to repeat what they did last year and reaching their goal this year which is winning the state championship.

“We just want to continue to get better everyday and be playing our best soccer down the stretch. If we can do that, I believe this team has a chance to be special,” Crane said.

“We have so many talent players all around and while it may be too soon to tell, I believe that if we continue to focus, work hard, and play good lady Charger soccer we could definitely have a shot at another state title,” senior Anna Dennis said.