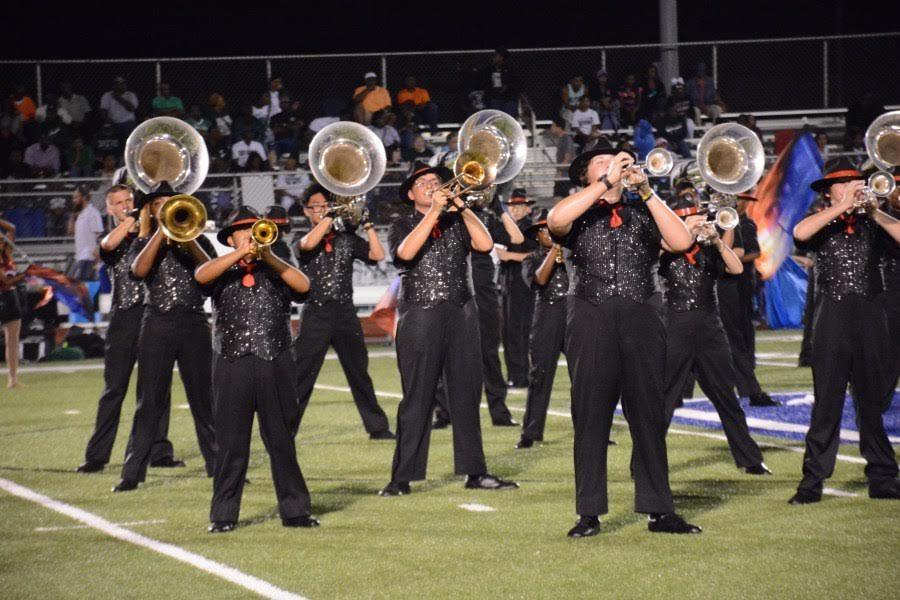 Over 100 students will be performing as part of the OHS band at the Ole Miss men’s basketball game on Thursday, Dec. 15, when the Rebels take on Murray State.

On Tuesday, Nov. 29, students were notified about the opportunity to play at the Ole Miss basketball game.

The game, designated as Oxford School District Night, is an opportunity for band students to perform in the new Ole Miss basketball stadium, the Pavilion.

“I definitely think that this will be a good opportunity to make connections,” sophomore Charles Torrent said. “These connections are helpful because we are trying to make ourselves more public by possibly going out of state for competitions next year.”

Senior Alexis Williams agreed, saying that the connections will be helpful. “It could allow a lot of students who have the same dreams of playing in the band for a college team to share their dreams together,” Williams said.

Students are also looking forward to the excitement of performing at a college basketball game.

“The band has never been asked to perform at a Ole Miss game so it is really an honor,” Williams said. “I am really excited to showcase to the community how our high school band program sounds and how much we have progressed over the years.”

“I, and many of my fellow band members, are very excited for this game, as we have never played at a college function before.  We have only played in the stands at high school football games and one high school soccer game,” Torrent said. “This will be something new for us and will be a good way for our band to get out more.”

Performing at the game requires lots of preparation.

“I am practicing the parts at home to make sure I have them memorized and proficient,” said Torrent.

“I have been looking over some of the stand tunes that we always play at the football games and getting those songs back under my fingers,” Williams said.