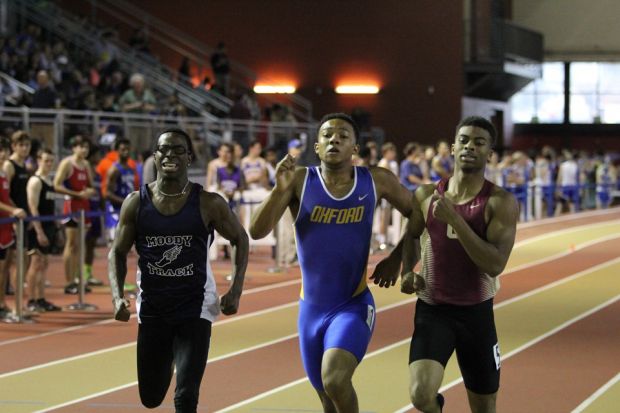 Oxford High School’s indoor track teams traveled to Birmingham, AL, to compete in the 2016 Magic City Invitational on December 3 to begin their season. The results reflected the hard work that the team put in as the boys place second overall to Winfield and the girls come in third.

Harris felt that he could have had a better performance but is understanding of himself and the turnout.

“I felt I could’ve ran a lot faster and won overall,” said Harris, “but you have your days.”

“It was a really good meet overall,” Harris said, “and we’re excited for the rest of the season.”

“I had never run 400m in a track meet before,” Rock said, “so I was a lot more nervous and concerned with this event rather than the 800.  The day of the meet, I ran the 400m dash first.  I did better than I expected, but I was very worn out and sore the race because I was not used to running a dead sprint like that.  After I had recovered, I realized how much fun the race was, and I’m looking forward to running more 400s in the future and possibly running the 4x400m relay.”