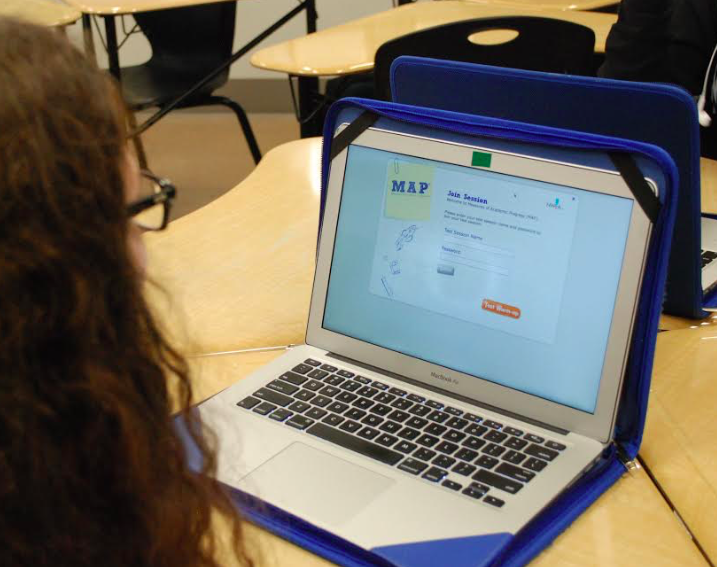 Nearly all OHS students have had to take the MAP tests at some point in high school. MAP tests are a series of standardized tests created by the Northwest Evaluation Association. The test is separated into three sections over the course of three days, and contains approximately 50 questions for each section. When I took the MAP tests, I stressed about them nonstop, and I know many other students did as well.

The large amount of standardized tests taken by students makes stress a constant feeling for many students at OHS.

These standardized tests serve a good purpose, and I agree, to an extent. Some amount of standardized tests are simply required in today’s educational standards,In order to track student achievement, and to help colleges view a student’s college readiness.

However, students simply have to take too many of them, including Mississippi state tests, AP exams, MAP tests, the ACT, the SAT, SAT subject tests.

According to the Washington Post, the average student in America’s big-city public schools complete about 112 mandatory standardized tests between pre-kindergarten and the end of 12th grade, which is an average of about eight per year. These tests take up 20 to 25 hours every school year, time that could be spent teaching students rather than testing them.

One of the biggest problems with standardized testing is teachers “teaching to the tests,” meaning that the curriculum they teach is focused on preparing students for standardized tests. Even here at OHS, we have a semester-long course, ACT Prep, dedicated to teaching the strategies of a test that students will only take four hours completing. Many students are even required to take this class, meaning that some are placed in a class that simply teaches a test instead of a class that can teach a subject that helps students later on in life.

Instead of a class that teaches students how to take a test, we should have more classes that give students the chance to learn about subjects that will help them in their future career, not just for learning about test-taking strategies. After all, how will learning to take a standardized test help students when they enter the workforce?

I don’t believe we should get rid of all standardized tests. I recognize that state tests are necessary in order to track student progress. However, when we make students take so many of these with AP tests, MAP tests, the ACT, the SAT, and so many others, we end up creating a large amount of unnecessary stress among students.

Instead of having so many separate tests, I’d propose a simpler solution. Create one test that can track both student achievement and be allowed for college admissions. By combining these two purposes, we can lower the number of standardized tests students are required to take, thus lowering student stress.

I recognize the necessity of some standardized tests: Being able to track student progress is incredibly important, as this tracking allows states to help underperforming students. However, I disagree with the amount that students are required to take, and the strategy of “teaching to the tests,” teaching students about how to make a high number on a test rather than giving them knowledge that will help them throughout their life. Students are stressed out, and the inordinate amount standardized tests deserves at least some of the blame.