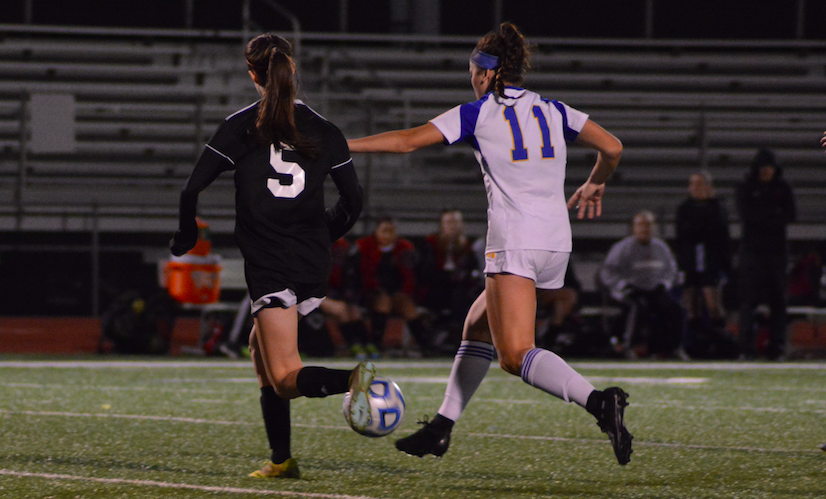 The Lady Chargers maintained their perfect record by defeating the Center Hill High School Mustangs in the first round of the MHSAA Class 5A playoffs on Tuesday. This was the second time this season that Oxford was victorious against Center Hill.

“We played Center Hill once already,” head coach Hunter Crane said, “so we kind of knew what they were wanting to do to us. We prepared for that this week and we came out and executed the game plan.”

Oxford’s offense was at an advantage by keeping the ball on Center Hill’s side of the field for most of the game. Multiple shots were made by freshman Morgan O’Connor and junior Grace Joyce. Ten shots were attempted and five goals had been made by the Chargers by the end off the first half.

“When you shoot the ball good things happen,” Crane said, “that’s what we preach. Our offense does great things with the ball… We probably had possession 95 percent of the game, and when you do that you have an opportunity to win.”

“Switching it from the back was really important to this game” sophomore Olivia Rychlak said, “getting us on our feet, making sure we could continue at the pace we started at was important…”

With all of the action staying on Center Hill’s side of the field, it left the defensive line of the Chargers ready for whatever came at them.

“It was really nice to see the shape and all the movement that was up top,” Rychlak said, “because that’s really what you like to see. You like to have games where the defense can kind of sit back and watch because that means that your offense is being successful.”

The Lady Chargers’ next game in the playoffs will be on January 28.