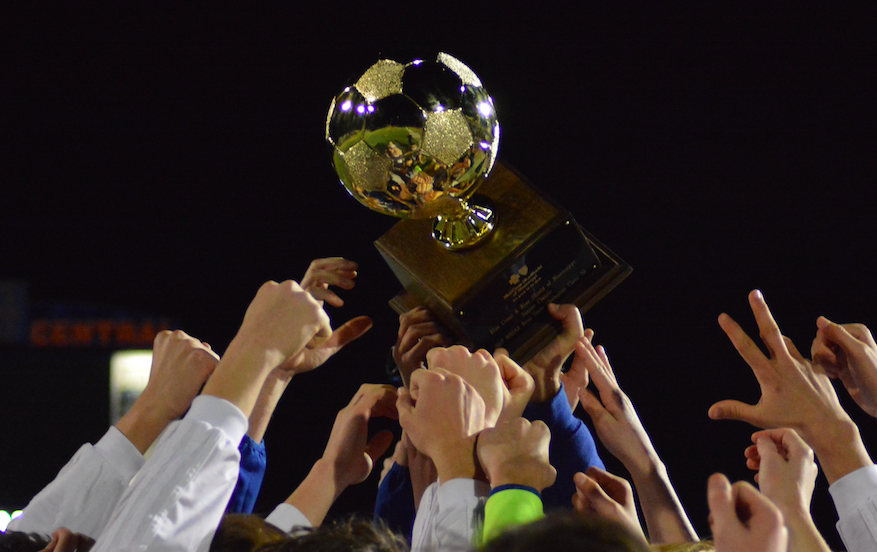 MADISON — Oxford High School ruled 5A soccer when it was all said and done this past Saturday.

The OHS boys and girls soccer teams were both crowned champions of 5A with wins in the state championship games played on the same day at Madison Central High School.

The Lady Chargers capped off a remarkable undefeated season with a 2-0 shutout win against the West Harrison Lady Hurricanes.

“We were excited for the opportunity to be here again to finish out season,” girls head coach Hunter Crane said. “We came out with great energy and controlled the game for 80 minutes. That is what we talked about to start the game and that is what we did.”

It didn’t take long for the Lady Chargers to get rolling offensively as Morgan O’Connor found the back of the net just six minutes into the contest. They were aggressive on the offensive end for most of the first half but couldn’t get another score heading into halftime. The Lady Chargers dominated the time of possession.

The second half started similarly to the first half as Addison Mills kicked the ball high above the defensive wall set up by the Lady ‘Canes and into the net to give the Lady Chargers a 2-0 advantage. The Lady Charger defense finished the game stout as they did in the first half to help preserve a second straight golden ball.

This championship, however, is particularly special because of all that the Lady Chargers had to play for: Jennifer O’Connor, Trevor Shinall, and the 11 children who lost their parents in the devastating plane crash last August.

“To be able to play for them all season long, and to finish the season perfect, it was something special,” Crane said. “I couldn’t ask for a better group.”

The boys team also had the great fortune that the girls team had, with a championship of their own won against the West Jones Mustangs 3-0. The boys clinched their first state title since 2012, when the current seniors were in eighth grade.

“After we won that state championship (2012) we lost eight seniors. We literally had to rebuild the program,” senior forward Cole Calhoon said. “It has just been the greatest ride ever.”

The first half was highlighted with some good ball movement from Oxford, however, the Chargers missed several opportunities to get goals with balls missing and hitting the post numerous times.

Then, the Chargers broke through, sparked by an own goal committed by the Mustangs’ Will Harrelson on a Chargers corner kick in the 45th minute. Calhoon took advantage of the goalkeeper playing away from the goal and scored a goal in the 57th minute of the contest.

“Thats how we’ve played all season. Once we take the pressure off with that first goal, magic starts happening up top,” boys head coach Charles Sabatier said.

Things began to get chippy after Calhoon’s goal. West Jones Dillon Ruston was issued a red card after taking a swing at Keaton Calhoon. Shortly after that, Neil Chandler scored a goal which basically put the game out of reach in the 70th minute.

“I’m really proud of the boys. They fought hard the entire match. They kept the pressure on. They played good soccer,” Sabatier said.