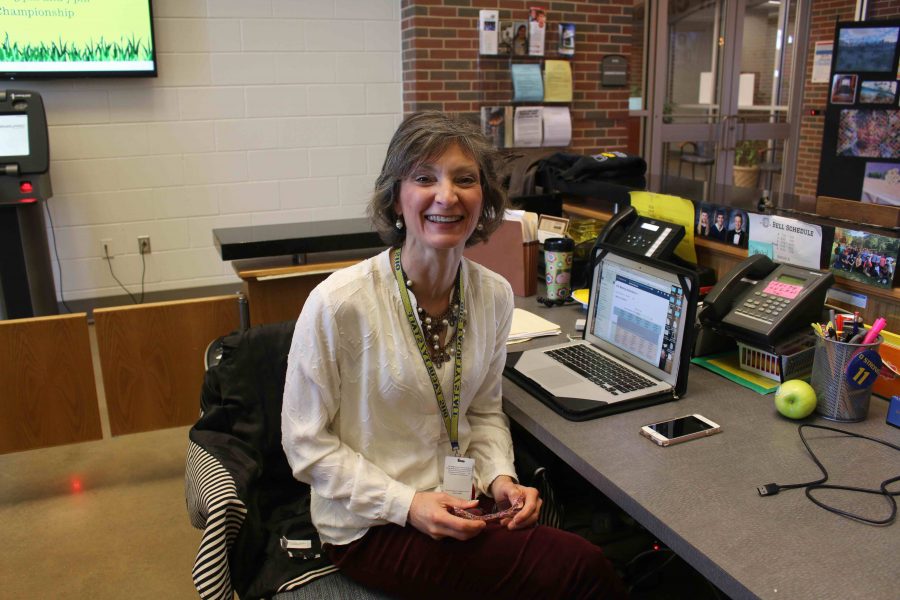 Fyfe accepted a job as the Marketing Director for Chick-fil-A and will work with the staff and leadership development program. According to Fyfe, working with Chick-fil-A will give her more flexibility throughout the year.

“Mrs. Fyfe is much more than just an attendance clerk,” Principal Bradley Roberson said. “I know that everyone noticed the number of kids that she has worked hard to build a relationship with. An attendance clerk is something important to the school, but it is not the most important thing that she did.”

Fyfe has see a lot of changes and grown many friendships in the school since she started work at OHS.

Because of the heartfelt relationships with students and teachers, it is difficult for Fyfe to leave what she calls ‘home’.

“I don’t want to leave, but those are relationships I plan to take with me,” Fyfe said. “So I don’t think those will end, at least not of my decision. I love seeing the kids everyday. It’s the extras that I love that gets me to work everyday, being with the kids and being with the staff. This is home and it is going to be hard to leave.”

Besides working as the attendance clerk, Fyfe helped out with the JROTC program after Colonel Douglas Cromwell became the new Director of Personnel, Operations & Planning until Major Brent Hampton was hired.

“I feel that the program couldn’t do some of the things it does without her,” senior and First Sgt. Joel Jordan said. “She has helped first sergeant out a lot this year, before we got the major. She has been one of the biggest assets to the ROTC program for the four years I’ve been there.”

Fyfe plans to continue to help out the JROTC program by attending its Cadet Leadership Camp this summer, which teaches leadership and how to apply it during the week, as well as other activities.

“I’m still on the ROTC booster board,” Fyfe said. “I’m still going to do PT (physical training) with them in the mornings.”

For Jordan, Fyfe has been more than just an attendance clerk and a helper for JROTC.

“She has done many things for me and my friends, from letting us have a place to hangout, to feeding us some nights,” Jordan said. “She has, I guess, become like another mother figure in my life that helps me out in situations that I need help in and guidance.”

According to Roberson, Fyfe has given up much of her time and self to the students and to her job.

“One word I could use to describe Mrs. Fyfe is ‘angelic’. The reason I say that is because she truly lives her faith,” Roberson said. “Nothing that Mrs. Fyfe does is ever about Mrs. Fyfe. It’s always about what is  better for others. She built relationships with people that others were not able to reach. It’s truly a gift that she has.”