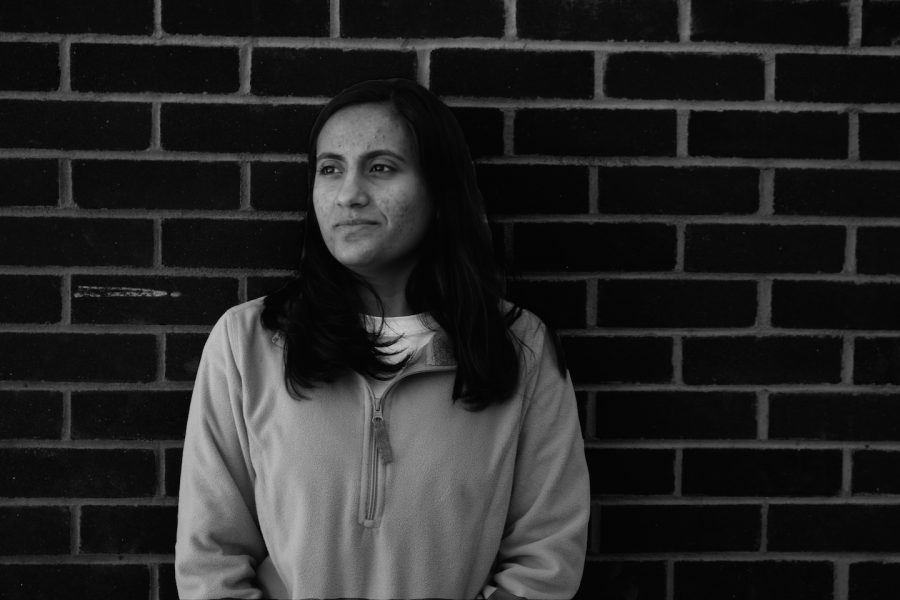 Senior Fatima Laraib, a native Pakistani, is from one of the countries targeted in "extreme vetting" in Trump's executive order.

It was a controversial national story, but for two OHS students, it hit home.

The executive order has been dubbed “the Muslim ban,” drawing protests across the country for several weeks, and has since been temporarily blocked by the courts.

Senior Fatima Laraib and sophomore Heba Marzouk want people to understand that their religion is not something to be feared.

“My religion is not bad,” Laraib said.

While Pakistan is not an initial subject of the executive order, it is a country strongly associated with Islam.

“Hearing about (the ban) all over the news is making me worried about my family members who are in Pakistan and want to come to the U.S. but can’t do it because of this ban,” Laraib said.

“We were on a visa and it expired and they couldn’t renew it in time because my dad’s name was related to some kind of terrorist,” Laraib said.

Laraib was forced to leave the U.S. and live in Pakistan for over a year and a half. When Laraib was finally able to return to the U.S., her mother’s visa was still not renewed, forcing her to be apart from her mother for another two months.

“She stayed there two months alone,” Laraib said. “She came back after two months and she couldn’t find a job.”

Marzouk and her family came to the U.S. after her mom was invited to do research at the University of Mississippi. Marzouk is now a permanent resident of the U.S., a decision her family made after Egypt became too unstable to return.

“Whenever we came to the U.S., we thought that my mom would research for two years here,” Marzouk said. “I didn’t think we would stay here longer.”

Marzouk wears a Hijab (a head covering worn by some Muslim women), and while she was initially scared to wear it, she has never felt unsafe or discriminated against thus far because of it.

“I have to wear it,” Marzouk said. “It’s not an optional thing. It was kind of scary at first, because I’m the only person wearing it in our school. People accepted it. We live in a country with freedom of religion, so it is okay.”

Laraib chooses not to wear a Hijab in part because of the potential danger that may come in this political climate.

“I’m scared,” Laraib said. “It’s my religion, but I’m scared about my safety and what people will think about me. (Wearing) it is going to affect my life. People could pursue hate crimes against me.”

Laraib expects that these anti-Muslim sentiments will not go away anytime soon, but she tries to ignore them for the most part.

“It’s just stereotypes. I have gotten used to it,” Laraib said. “I can’t do anything about it. I have had to deal with it my whole life. My religion is what I have been taught since I was born. It’s my beliefs [sic].”

Marzouk and Laraib are aware that some people in the U.S. believe that all Muslims are terrorists. They both strongly disagree with these views.

“That is 100 percent incorrect,” Marzouk said. “Less than one percent of Muslims are like that. We are good people.”

“You can’t judge actions of some people on a whole religion,” Laraib said. “One rotten apple doesn’t ruin the entire bunch.”