“Logan” a tour-de-force for Jackman 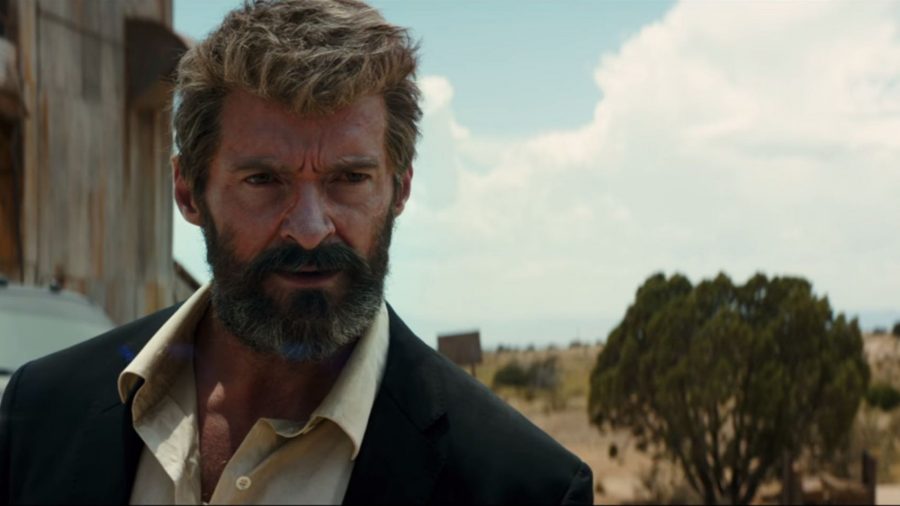 Fox hit it out of the park last year with “Deadpool,” showing that there was a market for superhero movies geared towards older audiences.  Many, however, felt that the film was an exception, only a one time ordeal.  Surely the next time someone tried to do an R-rated superhero movie, it would flop and the market would go back to business as usual, many predicted.

However, just a year later, Fox has struck gold again.

“Logan” is a complete 180 from last year’s “Deadpool.”  Where “Deadpool” was a loud, goofy action-comedy, “Logan” is a reflective yet brutal drama that seeks to cap off the story of the Wolverine.  Despite going in a completely different direction, the movie ends up just as good, if not better, than last year’s feature.

Things are going really bad in the world of the X-Men.  Most of the mutants that viewers have come to know are dead or gone, with only a small few left.  Logan is old, his healing factor is starting to fail him, and he’s seemed to have lost all hope for a better future.  Charles Xavier has become a danger to everyone around him, wracked with seizures that cause his psychic powers to go out of control.  The two leads are not the men they used to be; they aren’t in a position to save the world, much less themselves.

Enter Laura, a new mutant child who is on the run from a shadowy corporation.  Her arrival kicks that plot into motion, setting her, Logan, and Xavier on a danger-laden road trip to North Dakota.

Part of what makes “Logan” work is how the stakes have been lowered this time around.  Viewers have been bombarded with an endless amount of save-the-world stories over the years, and it’s gotten to the point where it’s just numbing.  This time around, the conflict is small and personal.  It’s just Old Man Logan trying to protect a young girl and come to terms with the person he’s become.

The plot, despite running in at well over two hours, is tightly paced.  Each scene has a purpose and even when the cast makes a short stop, it never feels like they are wasting time.

The movie also does a fantastic job where many other “dark” movies fail.  It allows the characters to be happy some of the time.  Yes, Logan is a miserable wreck and Xavier is mentally falling apart, but the writers still allow them to express emotions other than anger and angst.  These lighter moments keep the movie from being another Nolan-esque brood-fest and give the audience a reason to smile, making the more gut-wrenching scenes all the more impactful.

But the emotional impact of the story would be nothing without the fantastic performance by the main cast.  This was Hugh Jackman’s final outing as Wolverine, and he made it count.  Jackman brought all his cards to the table and showed every ugly side of Logan, pulling us into the man behind the claws.  This was without a doubt one of the best performances in his career.  Patrick Stewart likewise did an astounding job as Xavier, giving some healthy comic relief and showing how all the years of founding and then losing the X-Men has weathered on him.

The biggest surprise of the movie, however, was Dafne Keen as Laura.  Some of the best moments in the movie, both humorous and horrifying, are carried by her incredible acting.  She brought so much life into the movie and is one of the best child actors in recent memory.

After all this praising of the characters, story, and performance, I know some still have one more question: “is the action still good?”

Hugh Jackman took a huge pay cut specifically to keep this movie R-rated.  It paid off.

“Logan” is without a doubt the most graphic Marvel movie so far.  It pulls no punches, showing everything in an unflinching manner.  And I mean everything.  The choreography is stellar, with every fight being not only complete eye candy, but also a chance to show the characters in a different light.  Despite the small scale, the action proves to be more thrilling than most other save-the-world Marvel movies.  “The Revenant” can eat its heart out.

In the end, there’s only one complaint that can be levied, and that’s that the villains are a little two dimensional and kind of unoriginal in concept.  Haven’t we seen the whole evil science corporation thing done enough already?  It really is a nitpick though.  The movie places enough emphasis on the main cast that it’s pretty easy to overlook the one-note antagonists.

“Logan” is a tour-de-force for both the X-Men cinematic universe and Hugh Jackman himself.  The movie brims with heart and heartache, providing a fitting and emotional end for Jackman’s role as Wolverine.  Fox has shown that “Deadpool” wasn’t a fluke, and that there’s more untapped potential for adult-oriented superhero films.