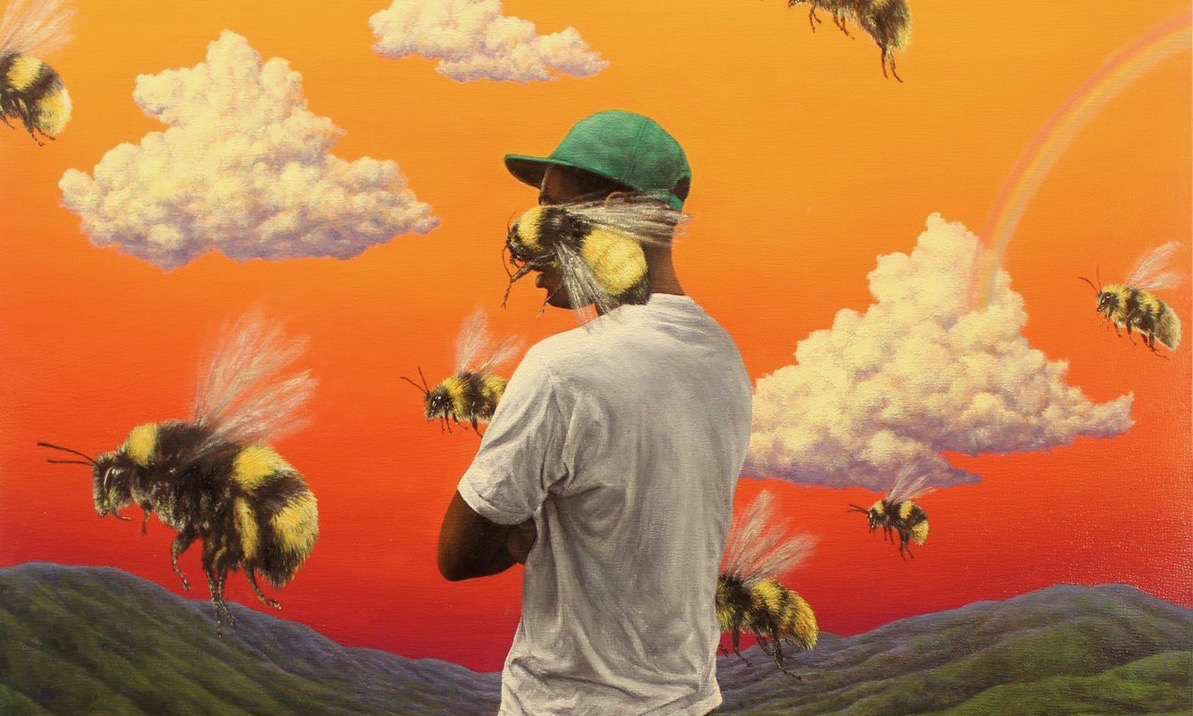 Tyler, The Creator’s newest album, “Flower Boy,” was released a few weeks ago on July 21 and has exposed him to new audiences. “Flower Boy” is Tyler’s best work yet; he trades offensive lyrics for self-improvement and reflection, coming across more sincere than ever.

Tyler’s first three albums, “Bastard,” “Goblin” and “Wolf,” all revolve around the same story in which three characters in an imaginary love circle act as an outlet for Tyler to describe his feelings, and while this was an interesting story for the listener to discover and untangle, Tyler who had to speak through the interactions of his characters wasn’t able to speak openly about substantive feelings.

The underlying themes of Tyler’s past music have never been impossible to uncover. In the past, however, his violent shock rap has turned most listeners off. Between lines about murder fantasies and homophobic rage, it became hard to distinguish between a jokingly offensive Tyler and a side of Tyler which was genuinely trying, in his own way, to communicate his feelings of unrequited love and youthful malaise.

Since his rise to fame in 2009 as rap collective Odd Future’s frontman, Tyler The Creator’s music has left no thought unsaid. As a consequence, he has been condemned by leaders of the free world, and famously banned from the UK and Australia. Tyler has always preached that words only hold the power that you give them. He justified the offensive sides of his music as an in-joke against moralists everywhere, but while he claimed to be a part of “the other,” his music has constantly alienated and marginalized minorities, such as the LGBTQ community and women with extremely homophobic, sexist, and generally repulsive lyrics.

He used his last album, “Cherry Bomb” as a way to, for the first time, write about things outside of the imaginary world that had occupied his previous albums. In a way, this was the biggest way that “Cherry Bomb” showed Tyler’s maturity. Its instrumentation certainly had its moments, but often we heard Tyler trying to blend bass-heavy synths which tended to clash, giving the album a feeling of disorganization and confusion.

Lyrically, on “Flower Boy,” Tyler most controversially discusses his sexuality. Although his music is known for being violently homophobic, his coming out isn’t what the album is about. While he does rap about “kissing white boys since 2004” in “Ain’t Got Time,” these admissions simply come as part of a deeply honest and introspective album. His sexuality is simply a fact of life, and it is never the selling point of a song. He raps about it because it’s naturally a part of an album about his past and insecurities.

Although Tyler certainly takes inspiration from albums like N.E.R.D.’S “In Search Of,” his music remains unique and stands as one of the best albums of 2017. He uses his vision and aptitude for production to feature seemingly out of place artists in a perfect niche in which we’ve never seen them before. For example, Lil’ Wayne delivers a raspy verse on “Droppin’ Seeds,” and listeners get to hear Jaden Smith sing the hook on “Pothole.” These odd features offer a pleasant surprise and make the album worth listening to if only to hear artists like these singing on top of Tyler’s unusual instrumentals.

As for instrumentals, this is by far Tyler’s most developed album. His decision to write and produce “Flower Boy” gave him another chance to perfect his sound, and he did just that. The transitions on “Flower Boy” are smoother and “Cherry Bomb’s” awkward stylistic choices have turned into smoother transitions and Tyler came through with a sound more complete and focused that anything he’s done before.