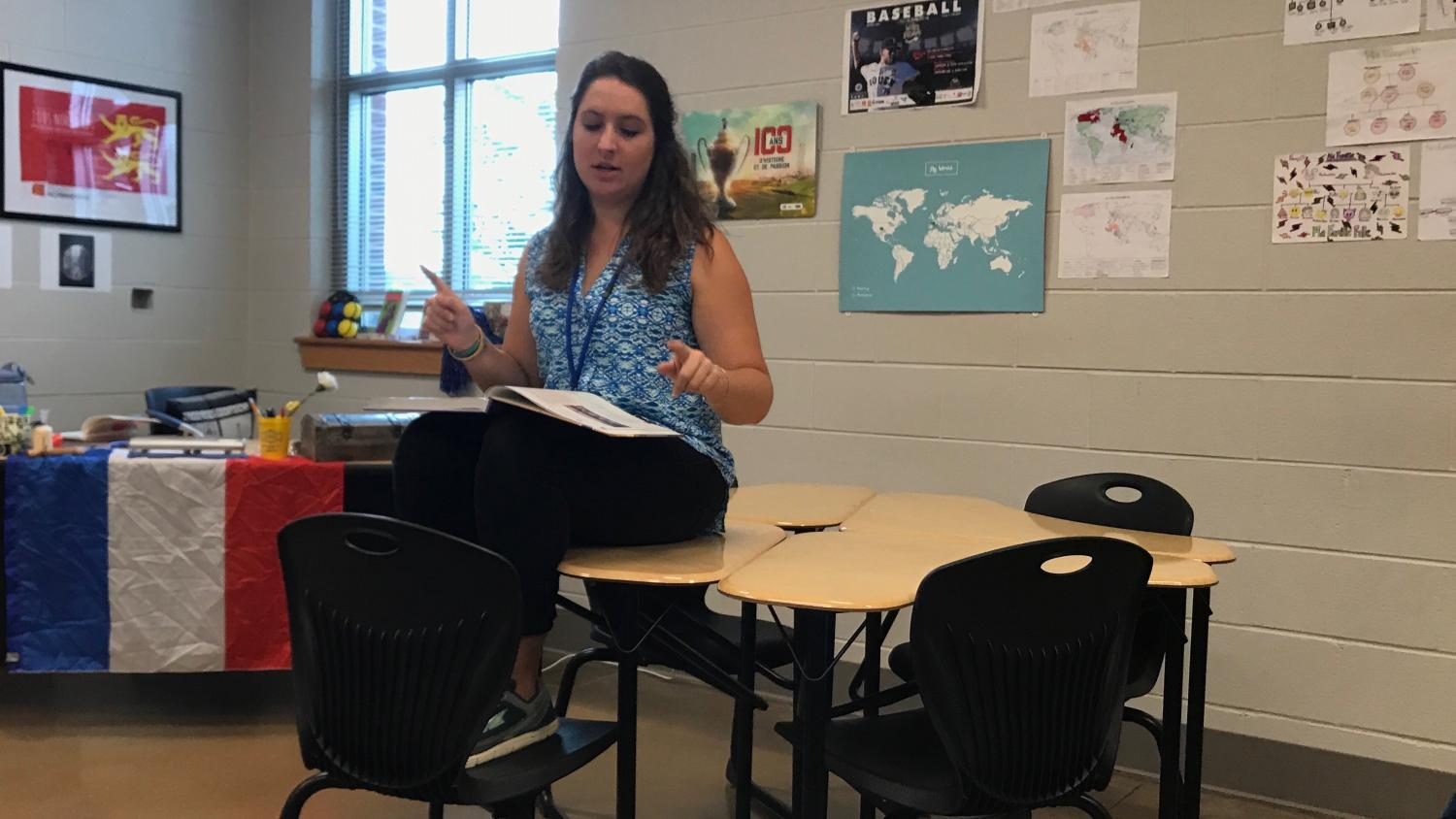 Many new faculty members joined OHS this year, replacing the 16 teachers and administrators who left last year. Three weeks into school, most feel as though they are getting a feel for how the school works.

As with any change, the new staff members have noticed many differences from their old schools. Some cited the amount of technology as one of the bigger deviations.

“There’s been a little bit of a sharp learning curve with all of the technology,” French teacher Chelsea Shaffer said. “My last school, if we had internet on the teacher’s computer then it was a good day, and so, you know, OHS uses so many different websites and online platforms and apps and laptops that, just trying to get all of that figured out has probably been the hardest part.”

The technology is certainly a transition, but Osborne believes that the amount of technology at OHS is beneficial to students and teachers.

“I love the technology. It’s very twenty-first century,” Osborne said. “I just think it’s great that you have those opportunities to learn how to manage your classes online, and the exposure to all the online resources is fabulous, and that’s one of the reasons I wanted to come here.”

World history and virtual school economics teacher Jon Barnett is still getting used to all of the changes that come with moving to a new school.

Shaffer, who came to OHS from France after teaching students English there, moved to Oxford after her boyfriend decided to come here for graduate school. She has noticed many differences in culture and the way schools are run in France versus America.

“With some of my classes here, when we have a test coming up, there’s a negotiation about when it’s going to be and what’s going to be on it, and how it will go, whereas the French students usually would not feel comfortable speaking up in that manner,” Shaffer said. “It’s starting to change in the French school system, but traditionally, there’s not a lot of class participation. You sit and you take notes silently. American students tend to be a lot more comfortable with just expressing themselves.”

Shaffer is still getting used to the structure of an American school day as it varies drastically from that of a French school day.

“Their days were a lot longer, they started school at 8:20, and their last class ended at 5:30, so they had really long days, but teachers only teach 20 hours a week,” Shaffer said.  “They only have 20 classes, and they’re split up over different days, so most teachers have a minimum of one day off every week, usually two, so that was a bit different as well.”

Despite the differences from what the new teachers are used to, the new faculty feels, overall, accepted within OHS and Oxford’s community as well.

“The people have been very welcoming and helpful and the schools are great,” Osborne said. “It’s a good family oriented town.”