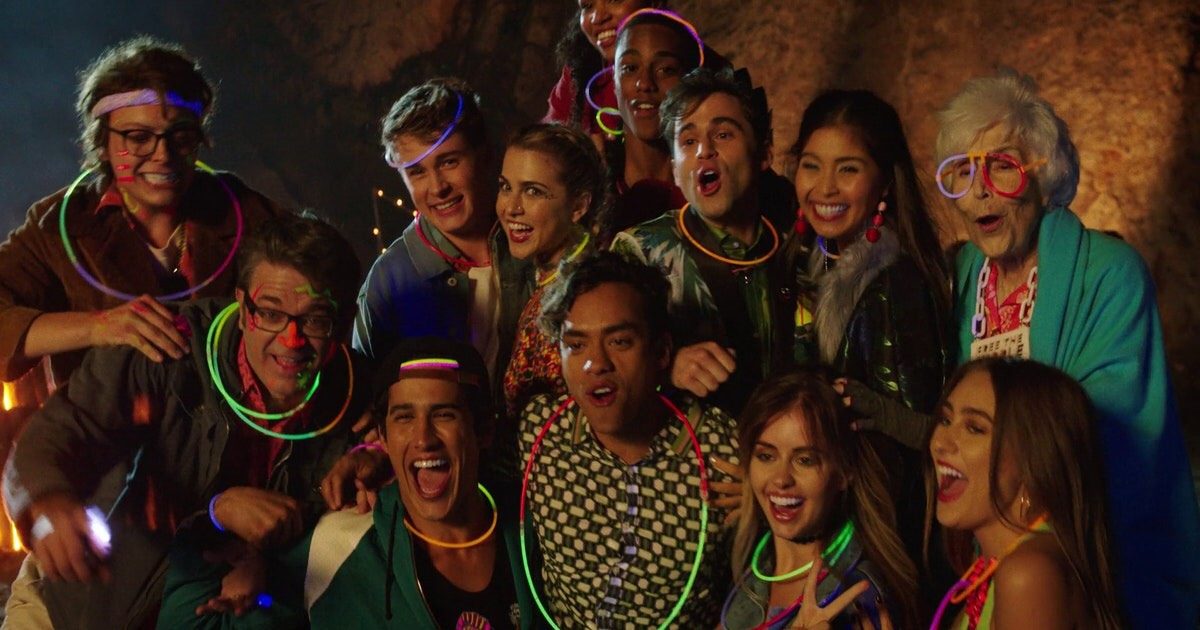 New Netflix film, “#RealityHigh,” a more modernized version of the iconic movie “Mean Girls,” is only bland in comparison. Even with help from talented actors, it follows the same unoriginal storyline of high school cliques and mean girls, trying to showcase a certain message, you shouldn’t change who you are in order to gain a higher social status, to its audience.

“#RealityHigh” tells the story of Dani Barnes (Nesta Marlee Cooper), a dog-loving, nerdy girl who loses herself over the course of her senior year as she begins to attract the attention of her popular ex-best friend, Alexa Medina (Alicia Sanz), and her longtime crush, swim team captain Cameron Drake (Keith Powers). As Barnes gets lost in the popularity, she forgets about her best friend that has been by her side through everything, Freddie Myers (Jake Borelli), and the responsibility she has to Dr. Fiona Shively (Kate Walsh), who runs the dog rescue facility that Barnes volunteers at.

Although the movie wasn’t as fulfilling as I thought it would have been, the acting managed to save “#RealityHigh” from being completely doomed. The movie showcased the amazing talents of “13 Reasons Why” actress Kate Walsh and “Famous in Love” star Keith Powers.

It was refreshing to see Kate Walsh on the screen again after Netflix’s “13 Reasons Why,” and she did not disappoint. Even though Walsh wasn’t in many scenes, the scenes that she did appear in were great. She was shown as mentor and authority figure for Cooper’s character, and her character strengthened the movie because she was one of the people made Cooper’s character realize how much she had changed. Walsh portrayed a very believable character, fully embodying the character of Dr. Fiona Shively.

Powers played the swim team captain and heartthrob, which is nothing new for him in his career. Having experience portraying this type of character, he played the part wonderfully. He shows the audience the vulnerable part of the most popular boy in school, that seems to have everything, while also keeping up the nice, popular guy facade and not letting anybody outside of his close circle of friends know of his troubles.

The acting in the movie was enjoyable to watch. In spite of that, however, the movie follows the same unoriginal, cliche high school storyline, leaving the movie to be extremely predictable. I was able to watch the movie and figure out what would happen in some scenes before it even began play on the screen, which made the movie unentertaining. Even though the movie followed an unoriginal storyline, there was a certain shock factor with it leading up to some different and unexpected endings.

On top of the unoriginal and predictable storyline, the movie also sends a message that you shouldn’t change who you are in order to gain popularity, which has been the message of countless modern high school movies. It is a very important one that needs to be discussed, but I feel like it has been the topic of so many movies, leaving it being overplayed to the point that the movie becomes dull at some points.

Overall, “#RealityHigh” was a good-quality movie, but it is not a must-see. It was, however, a good representation of how technology has influenced and changed the original story of “Mean Girls.” Although the movie followed the same high school cliches and had a very repetitive message, the skillful acting balanced out the general quality of the movie.