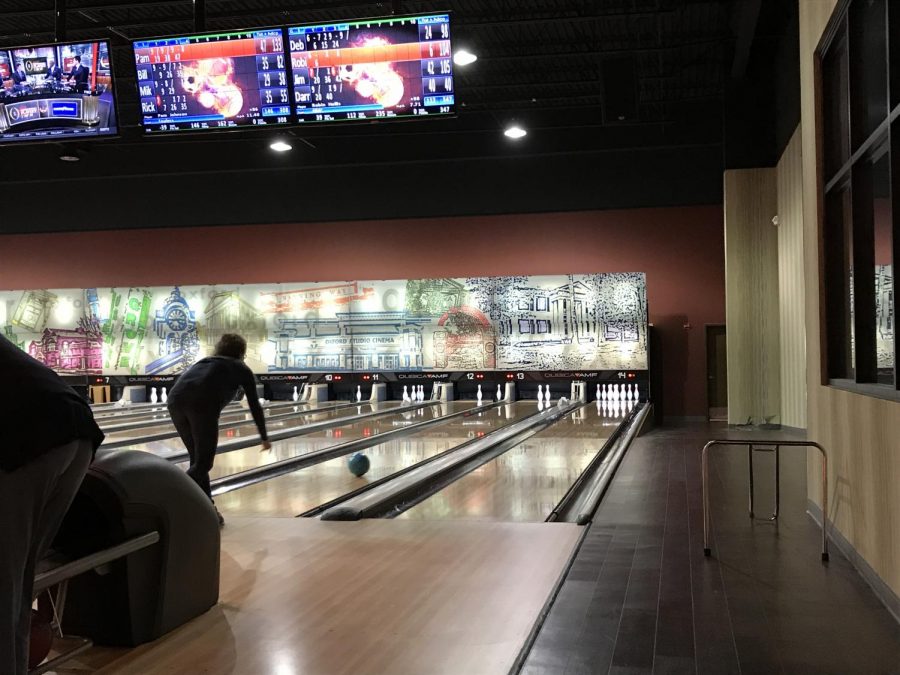 The students practice at Premier Lanes from 4 to 5:30. Each student gets the chance to play three games each practice.

OHS started its first bowling team led by history teacher Joseph Sabatier this year. The practices will be held twice a week and take place at Premier Lanes.

Sabatier decided he wanted to start a bowling team to provide students with a new after school activity.

“It’s a great opportunity for students to get involved in something that they maybe didn’t think they could do, or didn’t know anything about,” Sabatier said. “It creates another community at OHS that students can be a part of in an athletic arena.”

Since this is the first year OHS has had a team, Sabatier decided to model it after Lafayette’s team. The OHS team has 24 members. Sabatier hopes to have the team compete in friendly competitions this year.

“This year we’re only going to compete in friendlies, so we will compete, but we won’t be a part of the actual MHSAA brackets,” Sabatier said.

Tryouts for the team took place over the course of two days. Students had to play three games, so Sabatier could average their scores and rank them.

“You had to show that you were willing to come two days to attempt bowling,” Sabatier said.

Students of all levels tried out for the team. For sophomore Ethan Holben, he’s been playing since he was young. For others, like senior Meredith Grantham, they joined the team to have fun with friends.

“Some of my friends were trying out, and I love bowling in general when I’m hanging out with my friends,” Grantham said.

The members of the team believe that there is room to grow. Grantham sees potential in herself and the team.

“My goals are to get less gutter balls but also create new friendships in the team and to get more strikes,” Grantham said.

The members of the bowling team all share a love for bowling. Holben enjoys bowling because of the competition and the skill required to play.

“It requires a lot of skill and precision, and it’s really satisfying when you get a strike or even a spare because you know you did well enough to get it,” Holben said.

Although Grantham is nervous, she is excited for the chance to compete.

“There’s not as many girls on the team, so there may not be a competitive group for the girls, but I hope that will change,” Grantham said.

Holben is focused on the future. Even though the team is just beginning, Holben hopes the team expands and attends more competitions.

“It’s like Coach Sabatier said, we’re building a program this year, but going to state any years of my high school [years] would be really cool,” Holben said.

Sabatier wants to expands the team and hopefully become more competitive. Any girls interested in joining the team can email him at [email protected].

“My expectation is that we learn a lot about bowling. My hope is that we can create a community around the sport of bowling at OHS,” Sabatier said.