Handing country music back to the pros 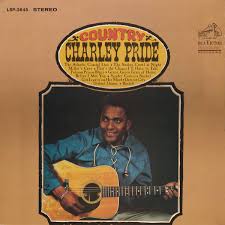 Let’s conduct a social experiment. You game? Don’t worry – it’s nothing hard. In fact, it’s probably a little too easy (and that’s essentially the problem). But, we can talk semantics in the body paragraphs. For now, our experiment. Go into your car. Don’t feel the need to buckle; instead, turn your car and radio on, respectively. Once you’ve accomplished this, try to find your local country music station. If you’re having trouble with this step, listen for a few key ingredients: an odd sonic mixture of mountain fiddle and KISS-inspired electric guitar, a singer doing his best to accentuate the forced twang of his “unique voice,” or a radio announcer saying something along the lines of “…the NEW sound of Country.”

Have you found it now? I figured you would.

A writer is only as influential as he is optimistic, so I’m inclined to believe that every reader just followed my directions. But, the “NEW sound of Country” has made me a tired pessimist, so I’ll break this down for some of my non-consenters. Country music is at an all-time low. In terms of quality, I mean. In terms of ratings, it’s at an all-time high. With influences from just about every style (rap, rock n’ roll, heavy rock), Country music now appeals to everyone. That’s what the ratings suggest, at least.

“Bro-Country,” the newest surge from the Country-sphere, is one of the biggest culprits of the genre’s declining standards, if you couldn’t already tell from its name. Ian Crouch defines this sub-genre in his New Yorker piece “Taking Country Music Back from the Bros,” in which he essentially outlines what makes Bro-Country worse than Classic Country. But let’s delve deeper, and instead, outline what makes Classic Country better than Bro Country. And, it’s because of this new sub-genre and others like it that have led to a declining standard in Country Music – a standard of tired and sometimes crude lyrics, unimaginative melodies, and poorly demonstrated musicianship; Furthermore, the current image of a Country Music clearly in search of its modern identity has only solidified the national disdain and cultural dysphoria of the American South.

First, let’s take a look at the lyrical side of music. It’s common knowledge to all musicians that their primary goal is to express themes, emotions, or morals in ways that are both poetic and poignant. This is one standard that, as I’ve mentioned, traditional Country has over newer forms of the genre. If we look at Florida Georgia Line’s smash hit, “Cruise,” we’ll see not only a lack of sophisticated or complex lyricism, but also what seems as only a general disregard for common grammatical decency. The very first line is “Baby you a song.” Try reading that out loud in your normal, conversational voice. It’s just bad enough to make any fourth grade English teacher shriek. And this line is repeated eight times.

And it doesn’t stop there. Just about anyone knows that the current state of Country music relies on three major lyrical themes: alcohol, trucks, and the often sexist and demeaning “girl”/”baby.” According to Entertainment Weekly, in 2013, of the 40 Top Country songs on iTunes, twenty-nine of those alluded in some way to one of the aforementioned themes. Twenty- nine songs. That means, theoretically, if the average American happens upon one country song any given day, there is a 73% chance that that song will be considered Bro-Country. Not a great face for Country Music.

Although, I will concede that not every traditional Country hit was a gem of responsible behavior and clean lyrics. Hank Williams, Sr., often considered the “Father of Country Music” even released a few songs with questionable lyrics. One sings, “Hey good lookin…whatcha got cookin’…How’s about cookin’ something up with me.” Now, although these lyrics paint the picture of a slightly sexist and sexually suggestive evening, they nonetheless express themes of a mature, love-based relationship (pointed out by Crouch) – not to mention, in a very playful manner. On the other hand, Chase Rice’s “Ready Set Roll,” uses sexually suggestive lyrics in a very un-playful way:

Damn pretty girl, you went and done it again…ya gone and turned your sexy all the way up to 10…get your little fine ass on the step, shimmy up inside…just slide girl, by my side girl, I can rock your world…

So far we’ve looked at the moral quality of the modern Country’s lyricism, but we haven’t even touched its poetic quality. These are the real lyrics of the No. 1 spot of iTunes in 2013, Luke Bryan’s “That’s My Kinda Night”:

I got that real good feel good stuff, up under the seat of the my big black jacked up truck, rollin’ on 35s, pretty girl by my side…

It’s certainly hard to find any poetic merit to these lyrics. The only one I can spot would be the assonance in “real good feel good.”

But, if we take a look at another top charted Country song with clear traditionalist standards, Charley Pride’s “Kiss an Angel Good Mornin’,” we see the pinnacle of what Country Music lyricism should strive for. His lyrics almost have a Shakespearean quality: “Kiss an angel good mornin’… and love her like the devil when you get back home…” Pride manages to use a religiously juxtaposing theme in just one line. The Bard, often regarded as the greatest wordsmith of the English language, was also known for this strange technique. In Romeo and Juliet, after Juliet has described her plan of suicide over her arranged marriage, Friar Laurence proposes an alternate plan of fake suicide with this immortal line: “…that copest with Death himself to scape from it…” (Act 4, Scene 1). You can see the similarly juxtaposing ideas in both references. Shakespeare claims the only way Juliet is to escape death is to cope with “him” directly. Pride claims that a healthy relationship needs an angel, and even a devil at times. Clearly, the poetic quality of lyricism in traditional Country songs far surpasses the standard that Modern Country has set.

Secondly, a large component missing in Bro-Country is the excellent musicianship that Traditional Country boasts. Glen Campbell, Willie Nelson, and Ray Charles are three of the greatest instrumentalists to claim country music artist as their profession. In his later-life documentary I’ll Be Me which outlines his battle with Alzheimer’s disease, Glen Campbell can hardly remember his own lyrics. But somehow, he plays the guitar as if he hasn’t aged a day. Similarly, Willie Nelson was ranked 77 on Rolling Stone’s “100 Greatest Guitarists.” And Ray Charles, bless his soul, tickled the ivory for years without the use of sight.

But, modern country supporters will come back with, “Well, those old-timers are alright, but it’s time for country music to move forward.” What they don’t realize is that is exactly what these artists accomplished. Willie Nelson was one of the first artists to define the Austin sound through a new sub-genre, called “Outlaw Country,” (“Willie Nelson an His Famous Guitar: The Tale of Trigger”). Willie combined jazz riffs with traditional chord patterns, and incorporated their minor melodies into what seemed unchangeably major keys. Glen Campbell was considered a radical when he accomplished the unthinkable, and gave Country Music a Disco-makeover in the mid 1970’s. And lastly, Ray Charles. Admittedly, Ray isn’t the first example of a country star many think of. But, towards the end of his life, he began chasing Country music, shown in his collaboration with Willie Nelson in their “Seven Spanish Angels.” And, Ray combined country techniques along with worship-style and blues to create the revolutionary Gospel-style music.

So, what makes these Country Music visionaries different from the ones we see today? These visionaries used foreign influences to further enhance Country Music, but, at the same time, were also able to do so within the confines of Traditional Country Music standards. Simply put, they didn’t lose their roots. Picture it this way: Ray, Glen, and Willie are all the guys in your high school that didn’t break into fads. They wore their over-stressed denim jackets, and listened to the music they wanted to, not because it was simply on the radio. And, for some odd reason, you respected the hell out of that. On the other hand, Bro-Country stars are the skinny white guys rapping every verse to “Baby Got Back.” Nobody likes a “try-hard.”

And that is what America is seeing today. Country Music has lost it’s way, and it seems emblematic of a larger problem. It’s not just Country Music. The entire American South is in an identity-crisis. After years of bigotry and wrong-doing, Southerners have found themselves in a scramble as to determine their morals. And this is translated through our music. Right now, Country Music is the “try-hard” genre. So, people outside the realm of the American South are further turned off to our existence. It’s a problem that demands addressing. First and foremost, in our art. So, to the modern country artists: enough. Your constant floundering and searching for the perfect sound is making us tired and them annoyed. It’s time to return to our roots.