Scrap the trash, put the recycling where it belongs 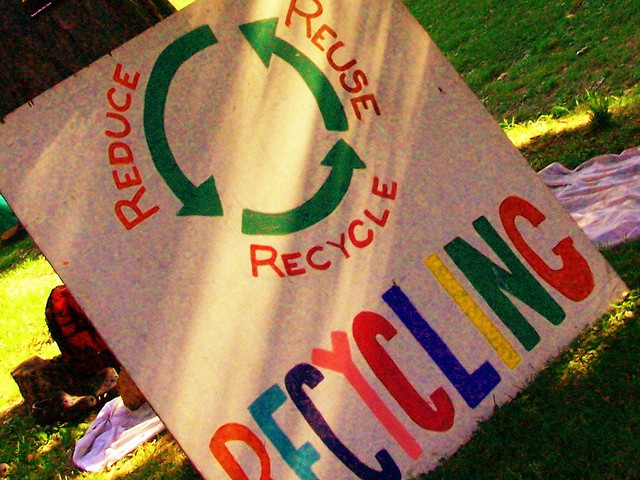 Students were taught from a young age the importance of recycling. Unfortunately, many students at OHS seem to have forgotten the need to protect the environment.

The lack of recycling at Oxford High School has gone on for long enough. It is time that we make a change and start putting the plastics where they belong.

Everyday at school, I watch in dismay as students in my classes place their water bottles and cardboard boxes straight into the trash without a second thought. Although it is not entirely their fault, as hardly any of the classrooms at OHS have recycling bins in their room to begin with, both students and administrators must work together to get our school recycling before any more damage to the environment is made.

According to a  2015 Yale University study funded by the Environmental Protection Agency (EPA), the recycling levels in America are only at about 21.4 percent. According to Recycle Across America, getting these numbers up to even 75 percent would be equal to taking 55 million cars off of the road each year that the percentage remained that high and would also provide the American economy with 1.5 million jobs.

It may seem as though one school in Mississippi changing its ways cannot possibly have any lasting effect, but this is not true. According to Conserve Energy Future, thrown away, aluminum cans will take 500 years before they decompose. Recycled, these cans can be reused and put back into stores in as little as two months. Every single person has the opportunity to either throw away or recycle over 25,000 cans in their lifetime. If that can’t make a difference, I don’t know what can.

And before you crumple up your beloved edition of the Charger newspaper and throw it away, consider this: through simply recycling newspapers, more than 250 million trees could be saved in a year according to Conserve Energy Future. Saved trees means cleaner air and more habitats for animals throughout the world.

The thing is, recycling is often no harder than throwing something away. I have seen students throw items away when a recycling bin was immediately beside the trashcan. We need to work harder as a community to ensure that students are made aware of the rules and benefits of recycling. This added insight coupled with the inclusion of more recycling bins throughout classrooms and around town could significantly increase the amount of recycling that occurs in Oxford.

I’m not saying that through recycling just at Oxford High School alone we can reach environmental utopia, but everyone must do their part. Because if everyone believes that they will have no effect, then change will never come.