The Charger Online • May 8, 2018 • https://thechargeronline.com/5870/entertainment/mississippi-born-rap-duo-rae-sremmurd-releases-standout-triple-disk-album-sremmlife-3/ 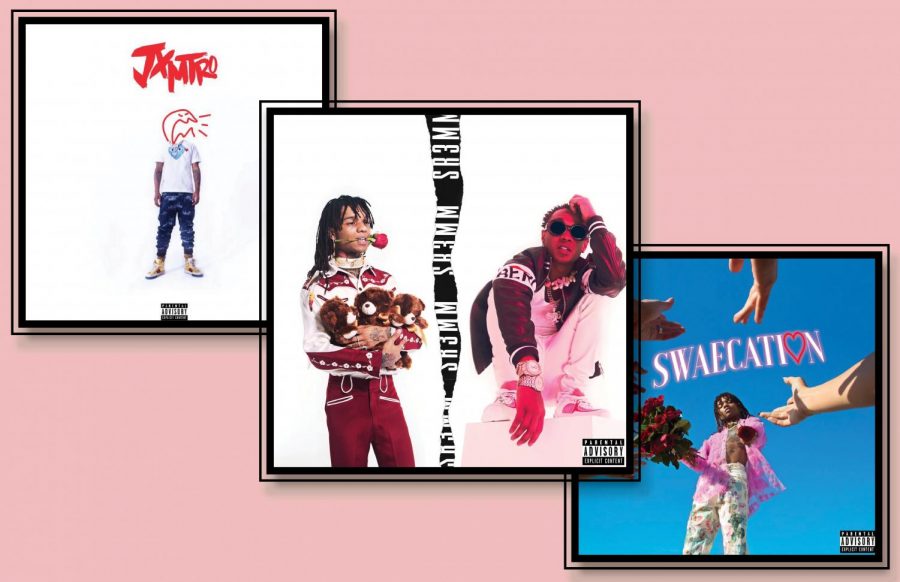 The first disc on the album, “Sremm” begins with the bass-heavy track “Up In My Cocina.” While the song is not one of the duo’s strongest, the album quickly picks up with “CLOSE” and “Bedtime Stories” featuring Travis Scott and The Weeknd respectively, two of the biggest names in music.

Standouts from the album include the aforementioned “Bedtime Stories,” “Powerglide” and “Rock N Roll Hall of Fame,” which Swae Lee has said is a “continuation” of their Billboard No. 1 hit “Black Beatles.” On “Sremm,” we get some of the Rae Sremmurd that we’re used to, with heavy bass, catchy hooks and high profile features.

Moving on to the next disc, “Swaecation,” we get to hear Swae Lee’s best attempt at a summery, R&B album. While his voice is heavily auto-tuned and sometimes makes it hard to enjoy the song, the album successfully provides plenty of beach vibes just in time for summer. Standout songs from “Swaecation” include “Offshore,” which includes beautiful vocals from Young Thug and the bouncy track “Guatemala” featuring Slim Jxmmi.

Finally, the third disc on the album, “Jxmtro,” provides a perfect juxtaposition to Swaecation. While Swae Lee went for a more chill, relaxing vibe, Jxmmi brings just the opposite to the table. With hard-hitting, trap-influenced beats and a confident voice and flow,  Slim Jxmmi’s first solo album serves its purpose on “Sremm.”

Rae Sremmurd has been putting out high quality music since they blew up with “No Flex Zone” in 2015. “Sremmlife 3” is a wonderfully-produced, beautifully-performed follow up to “SremmLife” and “SremmLife 2.” Hopefully, the solo projects from Swae Lee and Slim Jxmmi will open the door for them to branch out and work with more artists in the future. Overall, “SremmLife 3” was another huge success for one of the biggest rap duos in recent history.