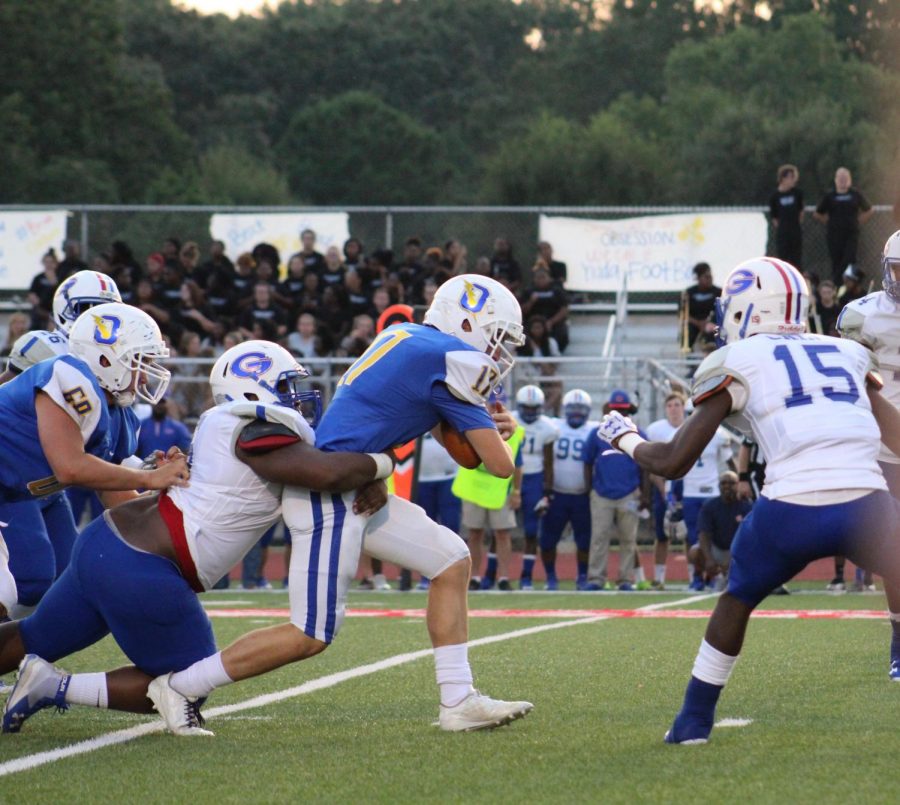 Oxford QB John Meagher: Meagher struggled last week throwing four interceptions, but he should have an opportunity to bounce back tonight. Horn Lake is going to be Meagher’s biggest test to date.

Horn Lake LB Nakobe Dean: Dean is ranked as the 16th best player in the country. The five star prospect is the anchor of the Horn Lake defense and is the top rated inside linebacker in the country (247). Oxford’s offensive line will have their hands full trying to block Dean tonight.

Oxford WR DeDe Pegues: Pegues is going to have opportunities to move the ball in the passing game tonight. Pegues has 267 receiving yards and three touchdowns on the season.

Horn Lake QB Raydarious Jones: Jones has thrown for 810 yards on the season, but he has also run for a team high 506 yards. Jones presents multiple different challenges for the Oxford defense. Oxford will have to be sound in assignment football tonight with the option style offense that Horn Lake runs.

Oxford LB Dude Person: Person is now the leading tackler for Oxford on the year. Horn Lake’s offense will present a new challenge for the Oxford defense, and Person figures to be right in the middle of the action tonight.

Horn Lake RB Patrick Gilliam: Gilliam is the starting running back in this Horn Lake offense. He has run for 413 yards on the season, and figures to see a lot of carries tonight.

Oxford Linebackers: The Oxford linebackers will have their toughest test of the year tonight. Horn Lake’s offense involves a lot of motion and options for people to carry the ball. Assignment football will be key in tonight’s contest.

Tonight is going to determine a lot in the playoff seeding at the end of the season, so this is a huge game for both teams. Horn Lake hasn’t even been tested yet this season, and I think they will be tested tonight, but that Horn Lake ultimately prevails. Horn Lake wins 31-21.