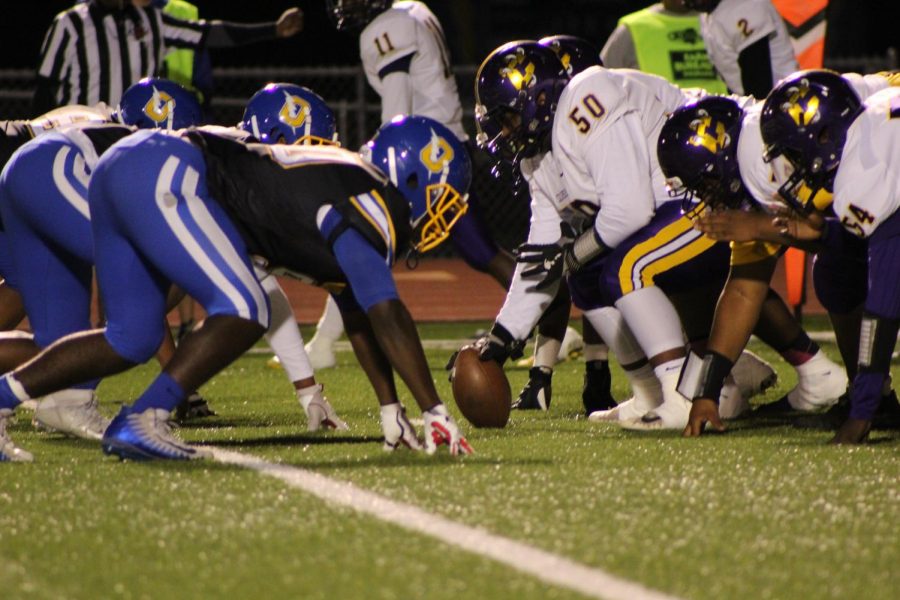 The Oxford Chargers will travel to Hernando for their second to last division game of the season. Oxford is coming off of a bounce back 42-6 win against Columbus last Friday and sit at second in the division. Hernando is 3-6 on the season and were defeated last week by division leaders Horn Lake 37-16. Last year, in Oxford, the Chargers won the matchup 15-6.

Oxford WR De Pegues: With star ATH JJ Pegues being out due to an injury, De and the rest of the Charger receivers will have to step up to fill his spot.  While Oxford will not solely depend on their passing attack, Pegues will have a chance to have big plays against Hernando’s secondary.

Hernando QB Dylan Faulk: Faulk is one of the best passers in the district with 1,600 yards, enough for fourth in Mississippi 6A. Out of the nine games the Tigers have played this year, Faulk has thrown 13 touchdowns and six interceptions.

Oxford DB Javian Gipson: Gipson came up big for the Chargers in last week’s matchup against Columbus with a pick that he returned for a touchdown.  Jack Gililland got his fist interception of this season while Byron Pearson recorded his fifth.  With fellow DB Scott Norphlet out for the season, Gipson will need to keep playing well in the secondary.

Hernando WR Kelly Smith: Smith leads the division in receiving yards and is fifth out of all Mississippi 6A schools with 595 yards. Facing a talented Oxford secondary, Smith and Faulk will need to perform well through the air if they want to beat Oxford.

Oxford Secondary: In the first game of the season, Oxford lost to Starkville 56-7 and gave up 300 passing yards. In the following eight games, the Charger secondary has only given up 99 passing yards per game and have won seven of the eight games. Hernando QB Dylan Faulk and the Tiger receivers have been productive through the air with 1,600 yards, so the Oxford defensive backs will have their hands full tonight.

Coming up against another team with a losing record, the Chargers are again the favorites going into this division matchup. As long as the offense takes care of the ball and the defense doesn’t give up big plays through the air, the Chargers should win easily. Oxford will get the win 27-12.