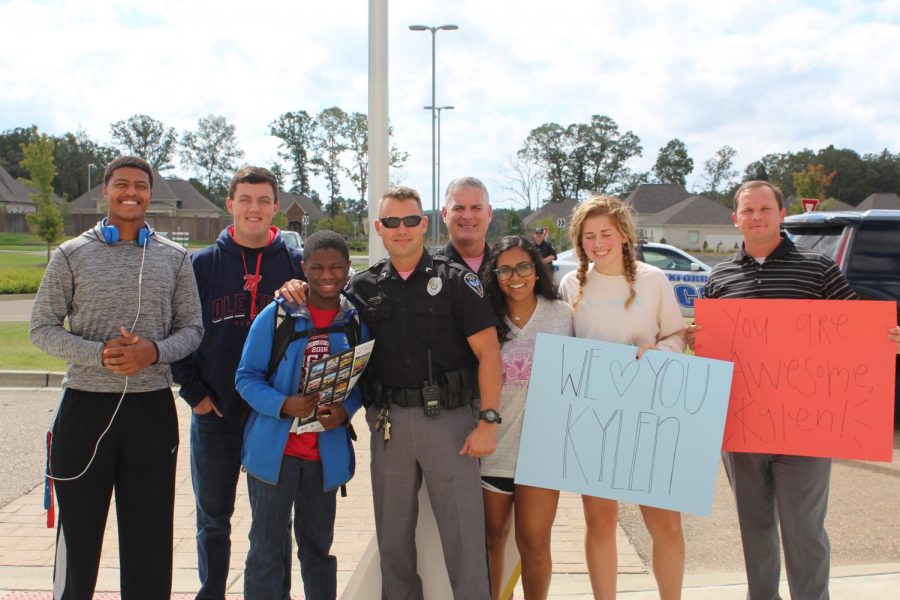 A new club to OHS is the Compassion Club, which was started and sponsored by Officer Zach Anderson. The purpose of the club is to make peoples days and promote a positive atmosphere. Each month out of the year the club does something special for someone in the community.

Before Anderson came to Oxford, he was a Tupelo youth group leader giving him an opportunity to help kids directly.

“I fell in love with the influence side of this job where I could help kids make right decisions,” Anderson said.

“When I came over here [Oxford], I didn’t have that same access and I wanted to feel that again,” Anderson said. “We started Compassion Club at the police department, but once I got out here, I thought it’d be good to get the kids in the same mindset of helping people.”

The club wasn’t starting from scratch since Anderson had already worked on building this particular mindset at his youth group and his previous school.

“It started in Tupelo, but the seed was already planted in my heart,” Anderson said.

After Anderson’s arrival, the club has lived up to its purpose. This year, the club made care packages, for the family of the late Lafayette County Sheriff, filled with candy and food for the kids of the family. The Compassion Club wanted to lift the spirits of the family and make it known that people were thinking of them and that the community supported them. After the care packages, the club gave a student his dream day.

“Even just noticing someone or saying something is a simple thing to do that makes someones day,” Anderson said.

Kylen Ivy, whose love for cars is known by all in the school through his intricate drawings, was treated to a ride in a Porsche. A local family, contacted by the club, took Kylen on a drive in their Porsche. After the joy ride, he was taken for a ride in a police cruiser with Officer Jeff Edge.

“One of my favorite projects was what we did with Kylen, he deserved every bit of it, and it was so much fun,” junior Mary Paxton Heiskell said.

Heiskell, a member of the club, has been a part of it for the past year.

“Compassion club is really great because we get to do little activities for people in the community and students. My favorite part is how much Officer Anderson cares for the club and how excited he gets about activities,”  Heiskell said.

The club has a member base of around seven kids. Each contributes in their own way and Anderson hopes to see them taking the reigns so once he leaves the club will still be operating.

“I have a motto in life, find your pace and keep it,” Anderson said.