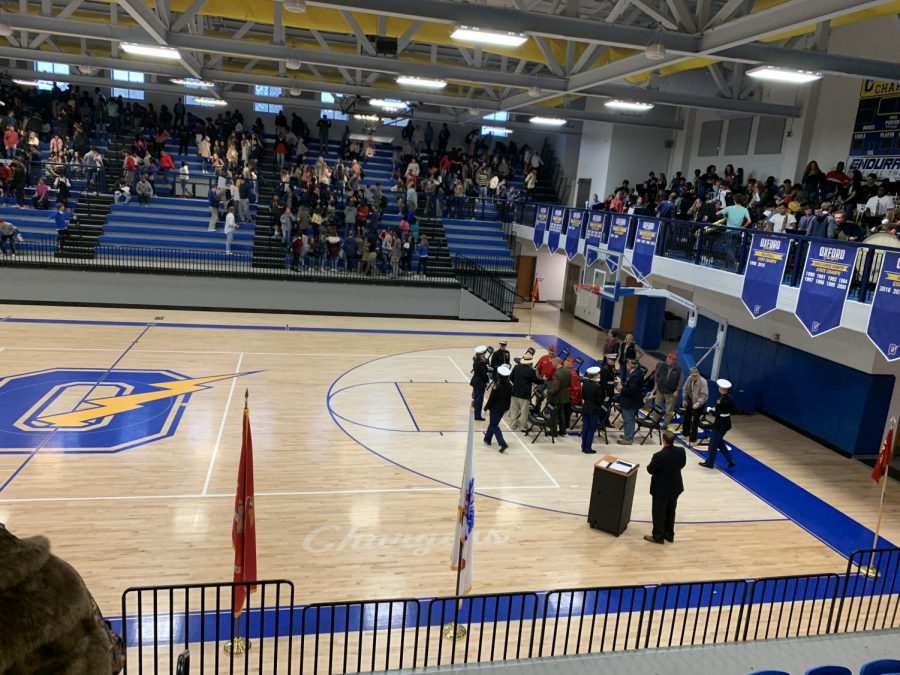 In honor of Veteran’s Day on Nov. 11, OHS had their annual Veteran’s Day ceremony and invited local veterans and the student body to come to the service on Friday, Nov. 9.

“I think it is a really good thing that we do here at this school, not just to have one, but to honor all veterans in our community and invite them all. Some maybe feel like they’re just not appreciated for what they do or what they’ve done, and I think us as young people want to get to see it,” First Sergeant and ROTC teacher David Leach said. “I like the idea that we have a lot of kids here whose parents are veterans, and we want to invite all parents that are veterans to come. The more we do it I think the more the word gets out, and more parents and veterans will come. We can honor their service and their sacrifices and let them know that it is not in vain, and that what they’ve done and how they’ve done it means a lot to us and our community. It just falls by the wayside.”

Members of the OHS ROTC spoke at the event and was responsible for setting it up.

“Our cadets will be doing all of the presentations and the color guard, as well as putting up all the displays and the flags and getting it prepared,” Leach said.

The Veteran’s day program is important to Junior Lawson Brines, who has been apart of ROTC for three years and is currently ranked First Lieutenant.

“Veteran’s day is important to appreciate, of course what veterans do. They go out and they give their lives, some people just give four years, some people give their entire rest of their lives because they die in action or they die in combat,” Brines said. “They take that oath to defend the nation from all enemies foreign and domestic and they take it to heart. I feel like the ceremony is important because it is taken for granted. People are not realizing that people go out and die to protect them and protect the liberties that they use to bash veterans, and things like that. That’s why it’s important to me, and that’s why it’s important to the nation.”

Junior Carter Hillmer, who is ranked First Sargent and has been in ROTC since freshman year, hoped that the students payed attention to the speaker during the ceremony.

The propose of the Veteran’s Day program is to educate our school with real veterans’ stories and bring our community together.

“It’s important for our folks here to learn about patriotism, citizenship, as well as know why they sometimes have the rights and privileges that they do. And that they understand there are sacrifices that have to be made. The gentlemen who is coming to speak served in Vietnam, and has sacrificed a lot for this country in order for us to be free,” Leach said. “Some of these young people need to know that the freedoms we have, there is a cost. We have a lot of Veterans supposed to be coming from the Veteran’s Homes and some of the senior living homes here as well, that also sacrificed and we want these young people to see them and realize that there is a price to be paid for what we have.”