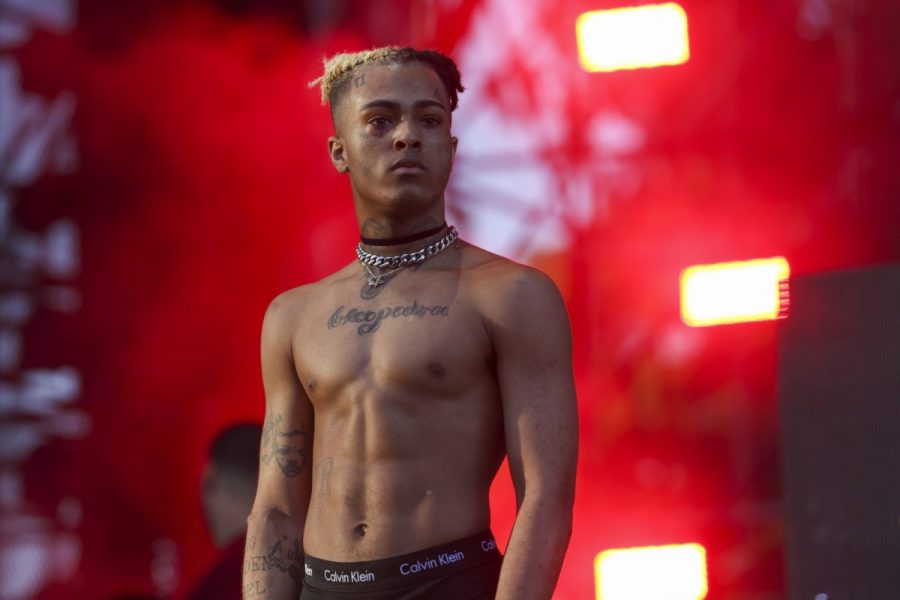 XXXTENTACION’s time in the limelight was short and filled with controversy, but the impact he made in his short career was nothing short of astounding. His exposure to the mainstream has grown exponentially since he was fatally shot outside of a motorcycle dealership on June 18th. He ranked third behind superstars Drake and Post Malone on Spotify’s most-streamed artists of 2018 list, and his smash hit “SAD!” ranked second on Spotify’s most-streamed tracks of 2018.

While his musical presence can’t be questioned, X dealt with his fair share of issues behind the scenes. He was facing charges that included 10 counts of domestic violence and harassment and five counts of witness tampering. However, these were dropped due to his death.

All of this led to the eventual release of his posthumous album “Skins,” which released on Friday, Dec. 7. Since its release, the album has drawn criticism for sounding incomplete, with some people even calling it a cash grab by the label. However, executive producer John Cunningham, who lived with X for the six months prior to this death, claimed that the album was “almost completely finished” before his passing.

“Skins” is musically diverse, and it showcases X’s ability to make songs that sound drastically different from each other. However, this album doesn’t have the same mainstream appeal that his previous album did. This album feels geared more towards hardcore fans of the rapper who feel an emotional connection to his music, rather than the casual listener. I don’t like to think of it as an album, but instead as an experience.

On the short introduction, a creepy, robotic voice tells the listener that they’ve found a place for release, a place “inside my mind.” This then leads into “Guardian angel,” which uses a reversed version of one of X biggest songs “Jocelyn Flores” as the instrumental. X raps lightning fast, heartfelt rhymes on this song, making it one of the highlights of the album.

Next comes “Train food,” which is easily the most captivating song on the album. X tells an eerie story of an alarming figure which can be perceived as Satan. Towards the end of the song, there are multiple lyrics that sound very disturbing looking back. He raps, “Could’ve had a son or a daughter, now what you finna do?” At the time of his death, X knew his girlfriend was pregnant, but his mother didn’t announce that it was a boy until August 24th, so X likely didn’t know the gender of his baby when he died. Even more disturbing, the song abruptly ends with “Now it’s here, death has now arrived, time’s finally up,” which can only make people remember X’s sudden death in June.

This song is perfectly placed in front of the next track “whoa (mind in awe)” which is aptly titled, as that was my exact feeling after hearing the previous track. This track lets your mind wander, as it mostly consists of a hypnotic instrumental and X singing out the word “whoa.” However, it is put together nicely and serves a great purpose for the album.

After this, the album doesn’t follow as much of a pattern, but it includes the track that would catch the eye of casual listeners – “One Minute” with Kanye West, who came out as a supporter of X after his death. Kanye is his usual controversial self on his verse, saying “Even when you die, they still throwing rocks at your grave,” referencing the ongoing discussion about X’s domestic violence allegations. He also raps, “The defendant is guilty, no one blames the plaintiff.” He says this because America is founded on the principle of innocent until proven guilty, but there have been prominent court cases lately where people are quick to blame the accused without any reputable facts, most likely because they already dislike the person. While this can be true, this line feels unnecessary because, in the vast majority of court cases, the plaintiff does not accuse the defendant for no reason. Kanye likely only made people mad by saying this.

The rest of “Skins” is less memorable, but it is still a successful album overall. If you don’t already enjoy XXXTENTACION’s music, it’s probably not worth a listen. However, for true fans of the late rapper, the album truly is, as X wanted it, a place you can “feel outside of your skin.”